This paper studies sacramental practices, with a focus on confession, among the enslaved Africans and Afro-Creoles in the early-modern French Caribbean colonies. An examination of how confession intended to curb abortion, poisoning and marronage shows how the church participated in the late 18th-century debate on punishing the enslaved population. The paper suggests that the enslaved may have bent the mosaic of colonial jurisdiction and ensuing tensions among different authorities to their advantage, thereby making Catholicism an important means to shape a collective identity that transcended common enslavement. While Catholicism preached compliance with the status quo, it is here suggested that its practices and enactors on the ground may have unwittingly opened up spaces that the enslaved used to negotiate their conditions. By looking for sites of enslaved agency surrounding the sacrament of confession, we can then strive to understand how Catholicism might have played a role in eventual slave uprisings 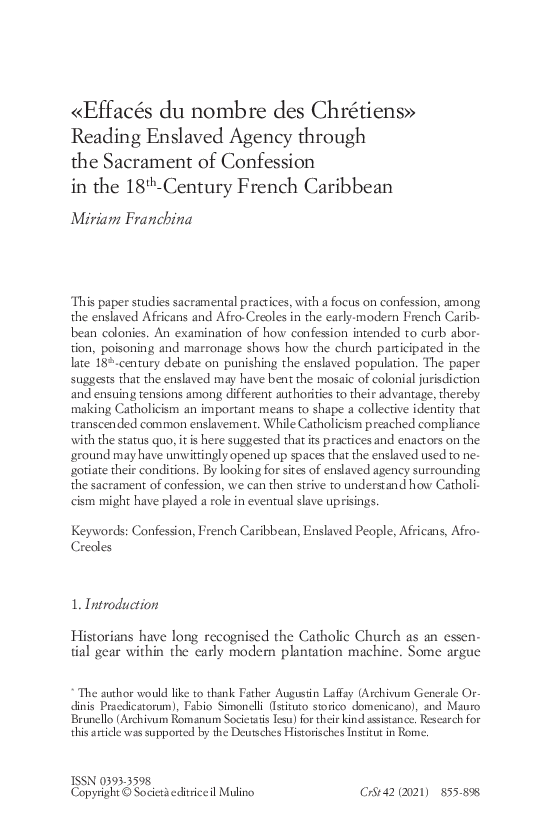