The article aims to investigate the interconnections between slaves, former slaves, conversion and skin colour in Rome and the colonial world in the 18th century. It relies on sources produced by the House of Catechumens of Rome, the Soldatesche e Galere fund in the State Archives of Rome, and records of doubtful cases (dubia) of baptism held in the Holy Office. Specifically, the article will present and compare some doubtful cases of baptism imparted to slaves in the Atlantic colonial world and to other Muslim slaves, or former slaves from the Ottoman Empire and its satellite states, in Europe. For the Curia, the characteristics and qualities associated with slaves or free people of colour acquired a meaning according to their presumed socio-cultural and geographical origins. There were great differences in the characteristics and qualities prescribed to those coming from the Mediterranean as opposed to the colonial world. 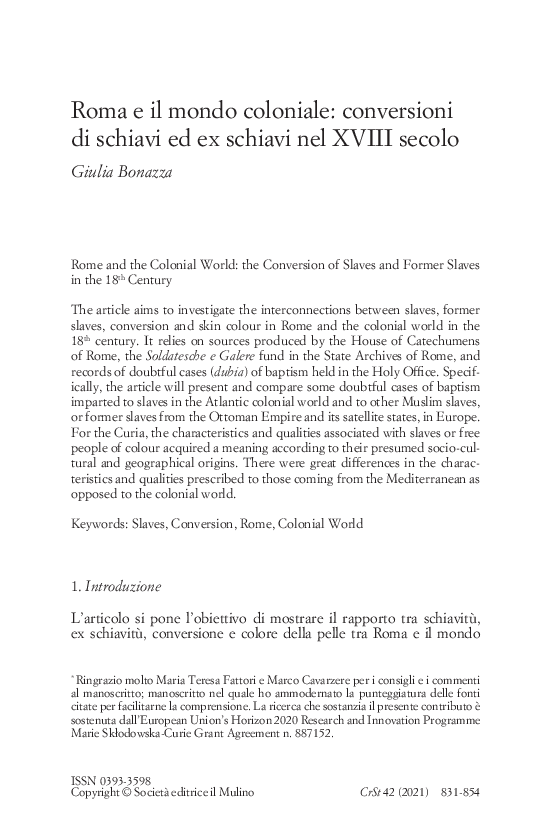