General elections held in Spain on 28th April and 10th November 2019 can be read in two opposite directions that, as far as it might seem paradoxical, are closely bound. On one side, they show a continuity with 2015 and 2016 general election outcomes, which made one-party government solutions disappear, favouring the birth of a multi-party system and complicating the formation of stable governments; on the other, this new scenario breaks with the Spanish democratic tradition of long-standing strong Executives and “parliamentarian presidentialismµ, revealing a situation of political instability and the need of a mandatory agreement policy between different parties. 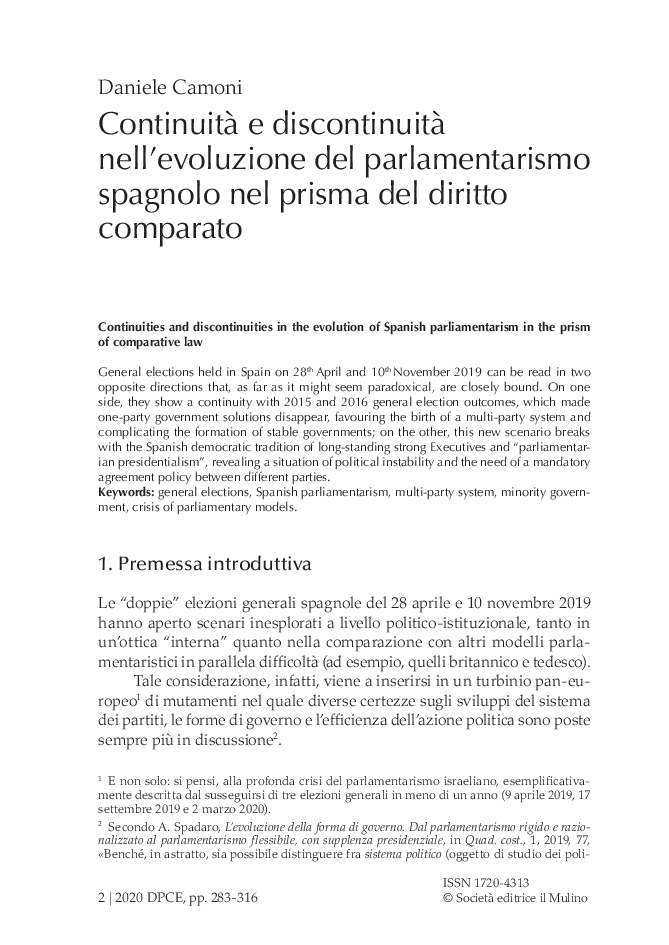