Some years have passed since the denomination New Latin-American Constitutionalism (NCL) was created to mark the ongoing constitutional process in some countries of the region. Although this process concerns only the experience of some countries, the NCL theory has ended up influencing the constitutional law in the whole of Latin America. Moreover, it has determined different constitutional systems to compare with this new approach and its doctrine as well as the scholars to analyse the inherent relationships of those constitutional systems from a perspective of what it is traditionally called Democratic Constitutionalism. The article aims to clarify what the concept of “Latin Americaµ means in this new context as well as the meaning of the term “constitutionalismµ applied in this process. After trying to analyse the theoretical and historical bases of the NCL, the paper will mainly focus on the practical implications of applying its theories in a context characterized by a low level of democratic culture and political instability as well as severe difficulties in the protection of human rights. Finally, the paper evaluates the possible contaminations between different models of constitutionalism. In particular, it focusses on the liberal model of democratic constitutionalism, which, in recent years, has shown itself to be in serious difficulty in guaranteeing what it has promised, especially concerning the fight against inequalities, which remains the challenge yet to be won. 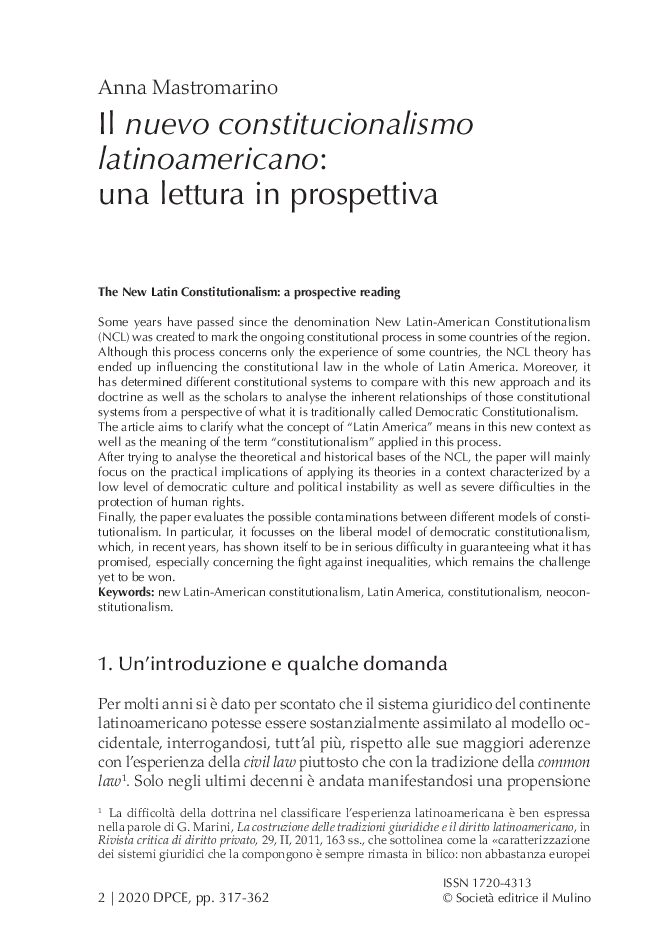