Technocratic governments - i.e. cabinets led by a non-partisan prime minister - are an interesting phenomenon in contemporary constitutional democracies, but, surprisingly little scholarly research has so far addressed this peculiarity of comparative constitutionalism. A classification of these cabinets will be proposed, identifying their main characteristics within the comparative constitutional dimension, and then subjecting to analysis the mutual interaction between technocratic governments and forms of government in the main European legal orders, seeking, in conclusion, to formulate some comparative models. 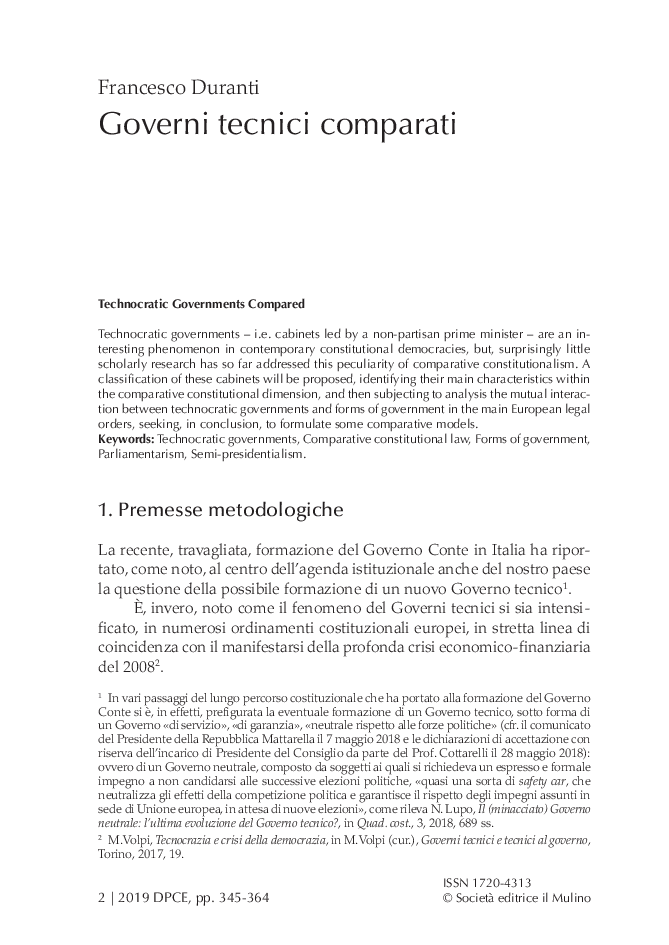