The articulation and complexity of legislation implementing the Banking Union in the EU is impressive, and case-law, along with legal and economic literature, is already providing significant responses. This contribution focuses on the Single Supervisory Mechanism (SSM) and on the role of the European Central Bank. As the SSM gradually becomes mature (it is by now in its fifth year), the complexity of the underpinning legal structure becomes more and more evident, and recent judiciary interventions clearly show that it may well be considered as a highly experimental piece of European Legislation. Considering issues such as the allocation of powers between Member States and EU institutions, or the relationship between Union law and national one, the SSM is providing new insights even on traditional topics, unveiling new perspectives as to how Sovereignity issues can be figured out in the context of this area of EU legislation; perspectives that might, in the future, provide for fruitful insights or developments at a wider level. In this respect, the role of the European Court of Justice ("ECJ") is becoming more and more fundamental, and the approach applied by the Court in a number of recent, quite important cases - discussed in the paper - is a clear proof of this. 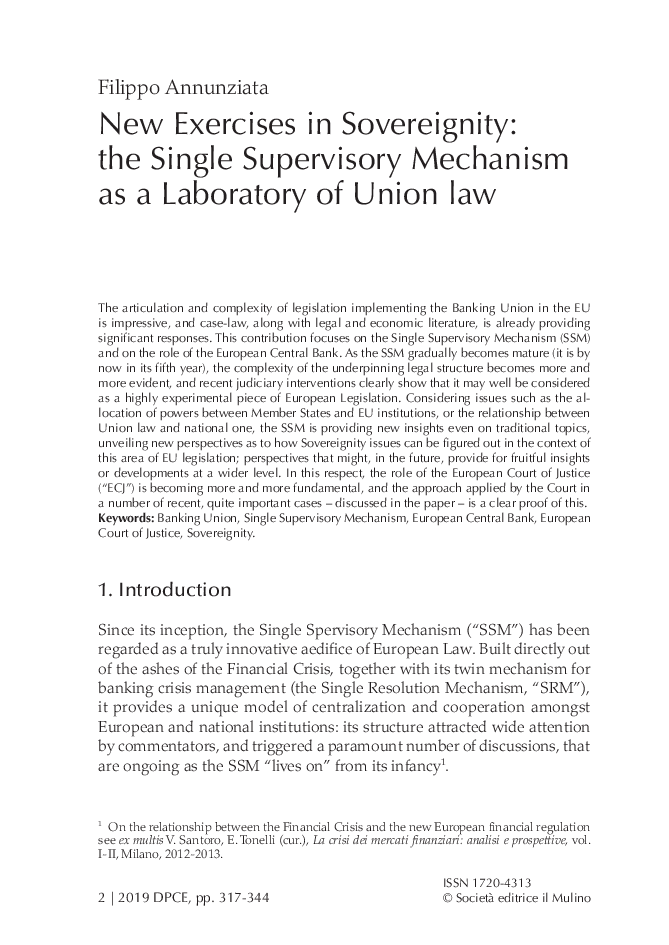