The German legal system is analysed in order to assess the capability of federalism to coping with linguistic and cultural pluralism. The normative dynamics between different institutional levels, which are typical of federalism, are analysed from two intertwined perspectives: on the one hand, the management of linguistic pluralism, expressed by national and ethnical minorities settled in some Länder; on the other hand, the broader phenomenon represented by cultural pluralism, which is expressed by "new" minorities characterised by a linguistic, cultural, and religious distinctiveness. A broad and effective implementation of the concept of constitutional identity is intended as the distinctive characteristic of the German legal system, within which the traditional dynamics of federalism are proposed as the "metronome" of the management of linguistic and cultural pluralism. 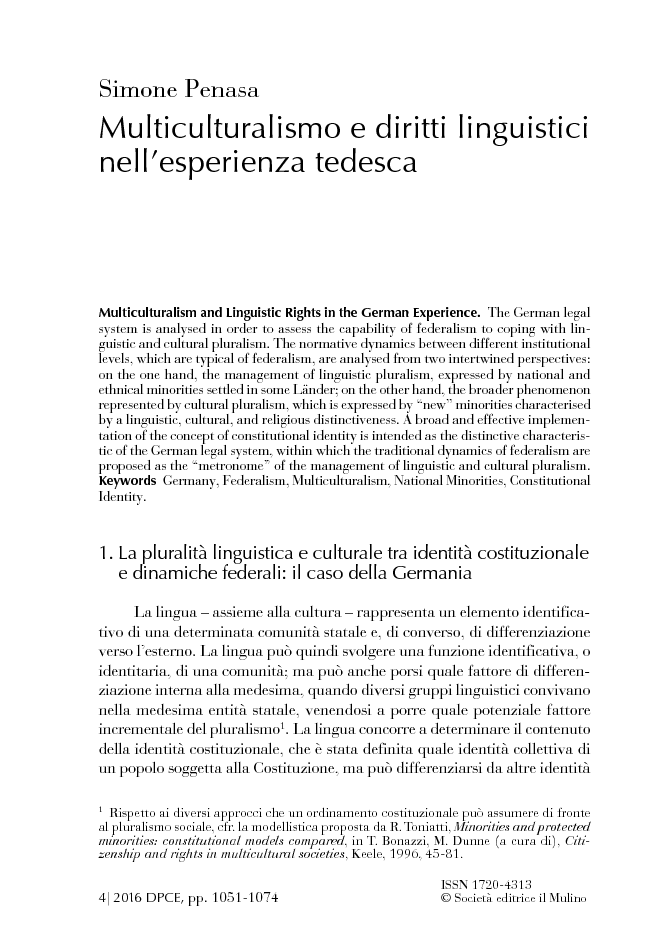