The Swiss federal system, among other particularities, adapted itself to a peculiar four-lingual society, recognized in the Constitution. The traditional principles of freedom of language and territoriality of languages seams to make coexisting the need for protection of linguistic identity (to make the federal pact acceptable for all the communities) and the need for a sustainable model of multilingualism. To this end, the Swiss approach delegates the management of multilingualism as much as possible to the cantonal level, making of the pluralism in Switzerland the sum of many mono (or bi)lingualism, rather than the result of an effective four-languages regime. Therefore, the approaches introduced in the 2007 general law dedicated to this topic aim to avoid a costly bureaucratization of the multilingualism and to protect local communities from assimilation. The 2007 Law, to this end, combines an ordinary management of the plurality of languages in the administrations with some positive-actions developed in continuity with the 1996 constitutional reform. Such an approach - pointing to make sustainable and "identity friendly" the Swiss (con)federal role of multilingualism - is therefore useful also to analyse the problem of languages in the EU legal system, where some structurally similar issues meet a bigger continental dimension. 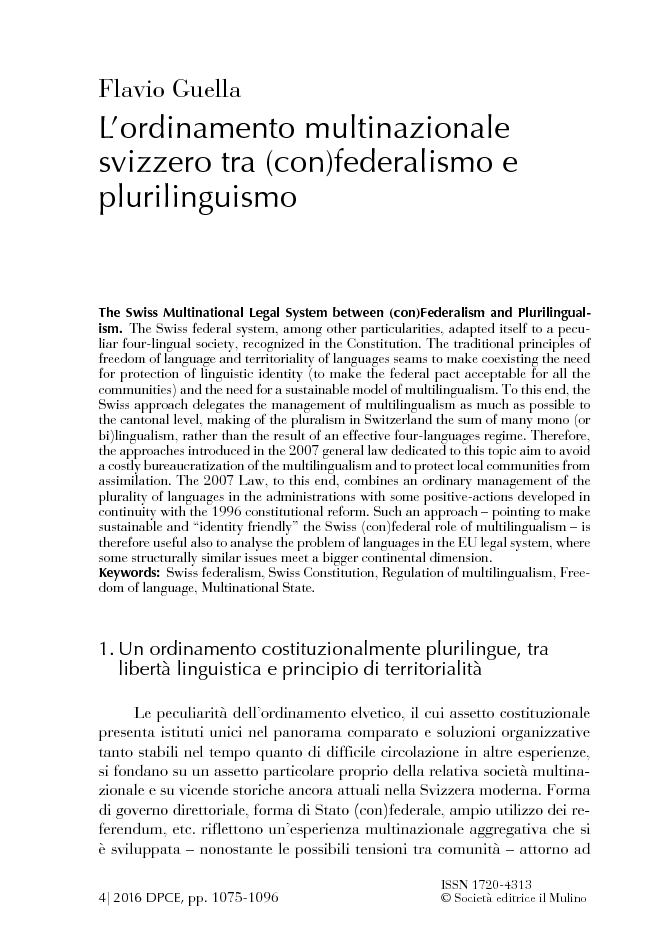