The author argues that there is a need for an epistemological rethinking of legal comparison in attention to the performative force of memories of a past that never, or only partially, oc- curred (1). The author uses Standpoint Theory and the literature on epistemic injustice to argue a direct relationship between access to comparative knowledge (the situated past) and the importance of marginalized voices as a necessary condition for the virtuous creation, conservation, transmission, and validation of knowledge (2). Successively, the author deepens the concept of epistemological privilege of ignorance or, in the terms of José Medina, active ignorance. That is, ignorance as an action aimed at excluding from the object of knowledge the mechanisms that generate the articulation of systems of oppression and marginalization that sustain and reinforce a privilege (3). This ignorance derives from the need not to know (3.1) generated as a result of some epistemic vices rather than some epistemic virtues (3.2). Descending into the legal field, the author qualifies the epistemological privilege of ignorance as a kind of pervasive cryptotype (4), indicating three interrelated strategies that can generate active ignorance (4.1). In the next step, the author deals with the relevance of analyzing the categories of belonging of the victims of systems of oppression and marginalization (4.2), paying attention to the intersectional perspective (4.3). The author concludes by reformulating the function of legal comparison in terms of a hunt for ignorance (5). 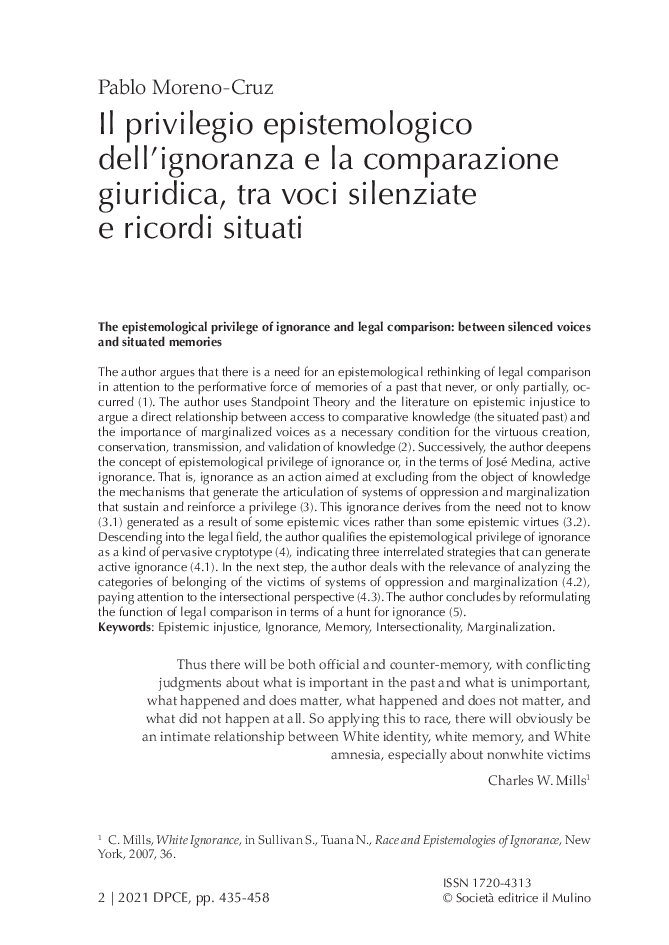