The aim of this short essay is to make some points about the representation of French politics and institutions in two novels by Georges Simenon. More particularly, the contribution focuses on one of his so-called hard novels, The President, and one of his Maigret novels, Maigret and the Minister. Although Simenon as a novelist was not particularly interested in politics and the institutions, these two novels faithfully reflect ideas and feelings that were widespread among the French public in the final years of the Fourth Republic, for instance, anti-parliamentarism and the quest for a strongman. 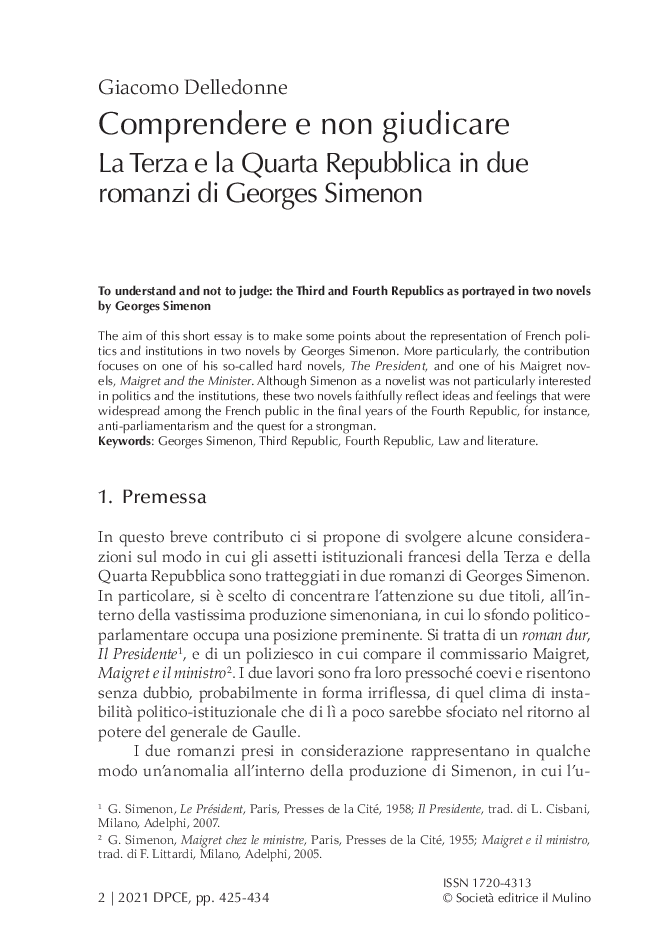