In this article, we offer a specific interpretation of the results of the EU-funded research project ANTICORRP, and especially the work package «Media and corruption ». In particular, our purpose is to relate the news media coverage of corruption scandals with the concept of «turbulence», that we define as a chaotic and troublesome condition featured by government instability and political volatility, mixed with a political culture that tends to privilege particularism over universalism. The analysis will concern seven countries: two established democracy (France and UK); four «new democracy» arose from the collapse of the Soviet Union (Romania, Hungary, Slovakia and Latvia); Italy that has been defined as a «democracy in transition». Findings show that higher levels of turbulence tend to be associated with an instrumental use of the press coverage, mainly responding to some particularistic interests and not to a logic of fair control over the holders of power. 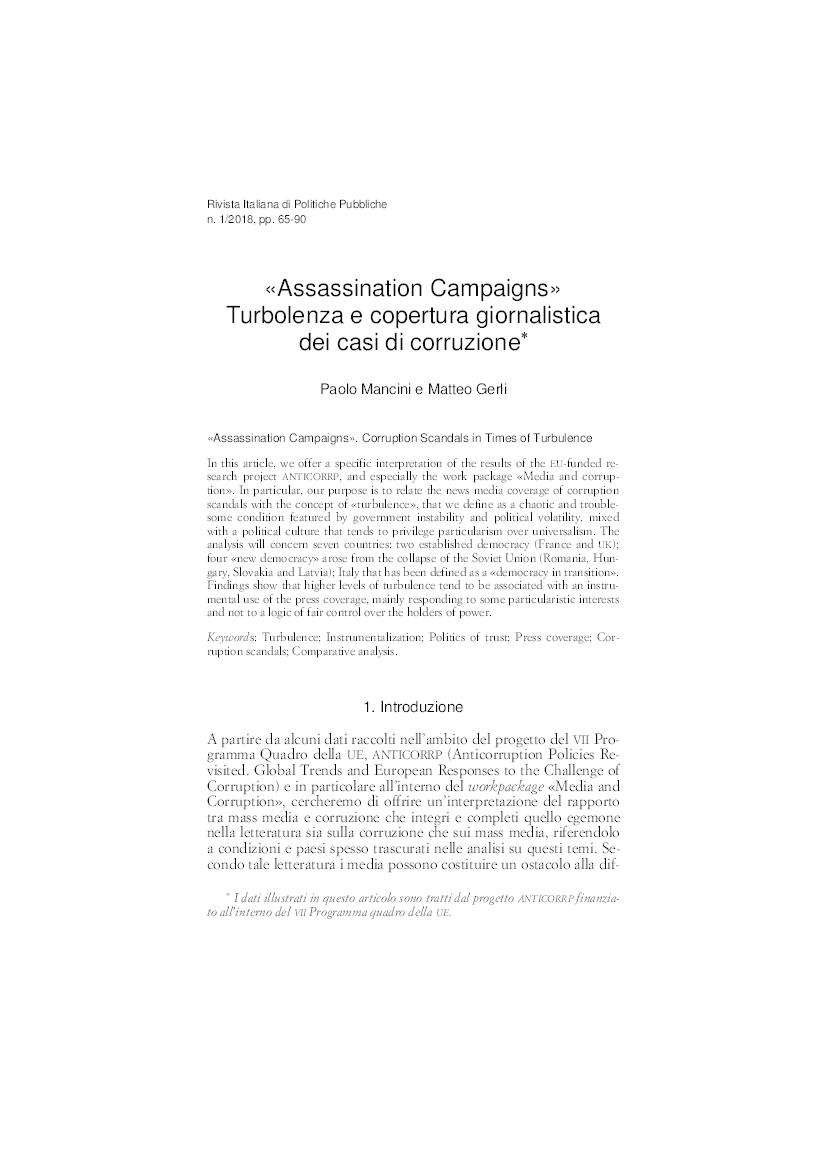