The present study aims at exploring gender identity and its relationships with motherhood. We compared three groups of women with different experiences of motherhood: biological mothers (N = 73), adoptive mothers (N = 39), and childless women (N = 59). We hypothesize that the experience modifies both attitude and emotions toward motherhood and their relationship with gender identity. A newly devised self-report questionnaire was administered to collect free associations to three inducers (mother, child, adoption) and to measure women's social identity, emotions and attitudes toward motherhood. Main results highlight a shared conceptual core, where motherhood is seen as a positive experience that evokes elements of love, happiness and completeness. With regard to the differences between the three groups, the mothers feel intense positive emotions; the childless women seem to focus especially on the negative aspects of the maternal role; the adoptive mothers underline the courage they think is necessary to be a mother. Lastly, gender identity is strongly associated to motherhood: in a more positive way and underlining realization, family and body aspects by the biological mothers; with associations to negative aspects by the adoptive mothers, who feel «lesser» citizens than the other women; and by the childless women who are in an intermediate position. 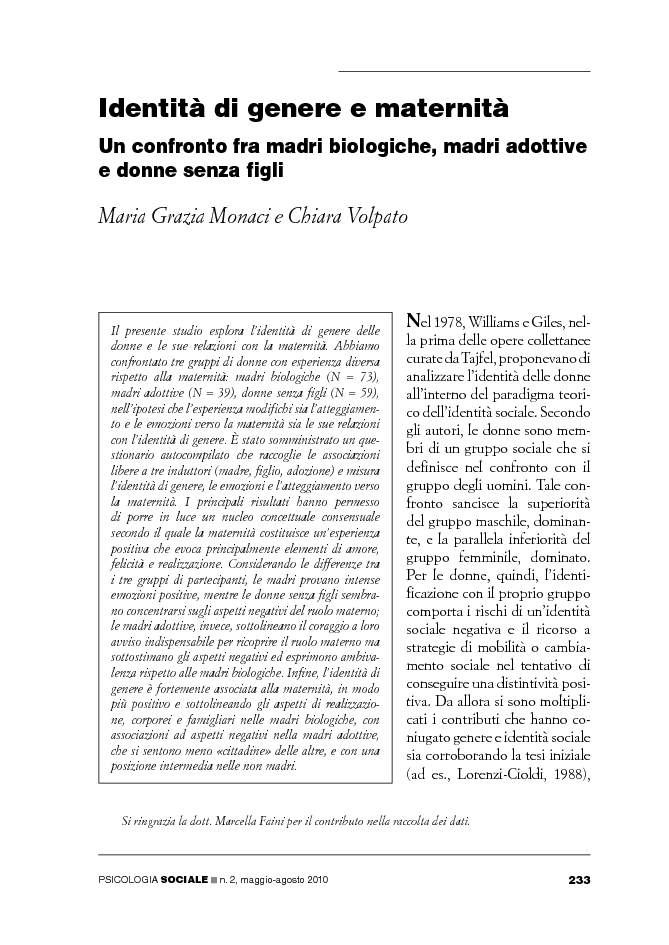