In recent years researchers of different theoretical backgrounds contributed to deepen the concept of Social Identity by analysing the relationship between different territorial identifications. This study aims to investigate the relationship between national, European and regional identities and to verify the psychometric properties of the European Opinion Survey-Revised (EOS-R). The sample was composed of 936 Italian students (82% female and 18% male) with a mean age of 21.6 years old (SD = 2.98) enrolled in the psychology degree program and interviewed in Milan, Florence and Palermo. The psychometric properties of the three scales utilized were satisfactory; results showed good values of the internal consistency for the Identity Scales (National Identity, a = .88), (European Identity, a = .90), (Regional Identity, a = .91). Results showed that the global mean scores of the identity scales were higher for the sense of regional and national identity compared to European identity, but the difference between the sense of regional identity compared to national identity was not statistically significant. 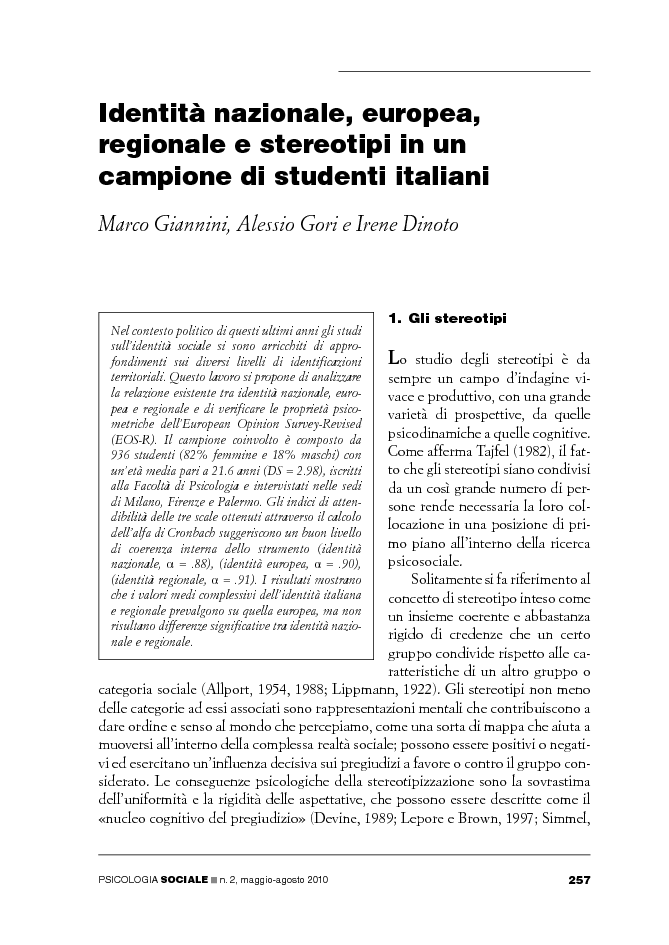