The essay starts from an expanded notion of re-semantization and investigates limits and opportunities of rewriting texts, particularly in the case where are authors themselves reworking the “originalsµ, and reconfiguring them. Processes of re- semantization that we could define as authorial, operated in order to subsequently modify structure and balance of already published texts. If texts, within a culture, have a status of stability, due to their cultural enhancement over time, to what extent is it then possible, or legitimate, modifying – over time – a text, without altering its identity? The article focuses in particular on the field of popular music, and more generally on the peculiarities of media texts, as they are susceptible to being disjointed, reopened and reworked. Texts linked to technological supports defining a different relationship between textual configuration and material elements. The case of the Beatles’ album Let It Be and its various versions is taken into consideration, as well as the case of the film Blade Runner, characterized by different reissues too. 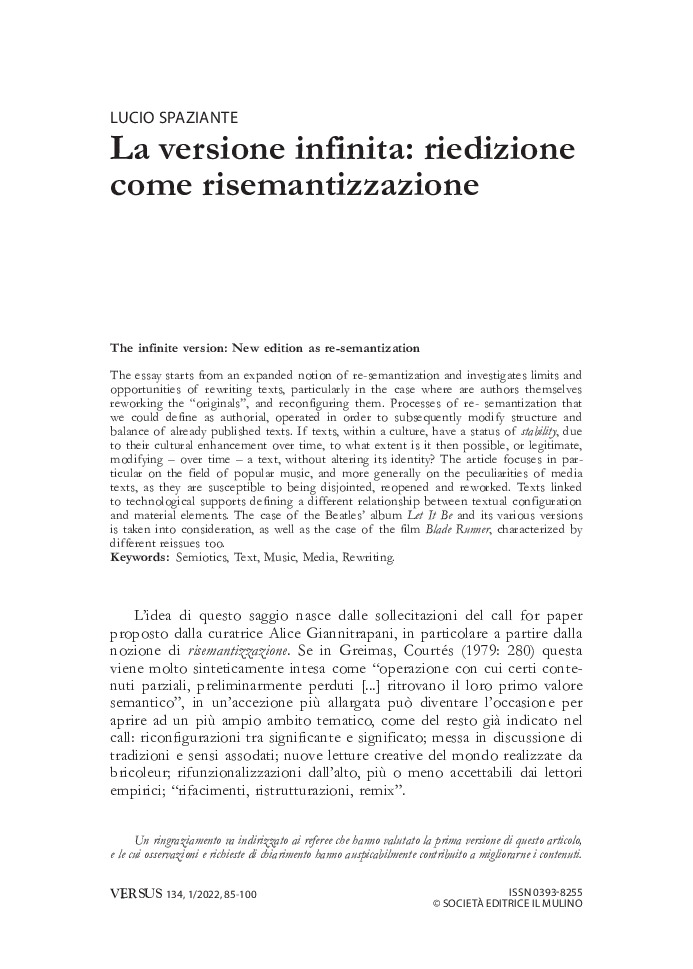