The knight is the only piece on the chessboard that moves in two directions in a single move, shifting the entire scheme of the game. The creole attitude consists in the semiotic competence to articulate a context of social interaction into a set of multiple textual structures, related by mutual translatability. On each of those planes of pertinence intersecting on shifting borders, the creole establishes diverse sets of subjectivities to be projected on the actors involved in the interaction, leading them to reconfigure their identities. It is impossible to detect these dynamics without an epistemological shift that turns the observed practices into discursive structures. On the path traced by Fabbri’s thought, working between the models and methodologies elaborated by sociolinguistics, anthropology, sociology, this paper presents the features of a semiotic model of creolization, which allows us to reconsider “subalternityµ, starting from the analysis of the tactics used by some asylum seekers 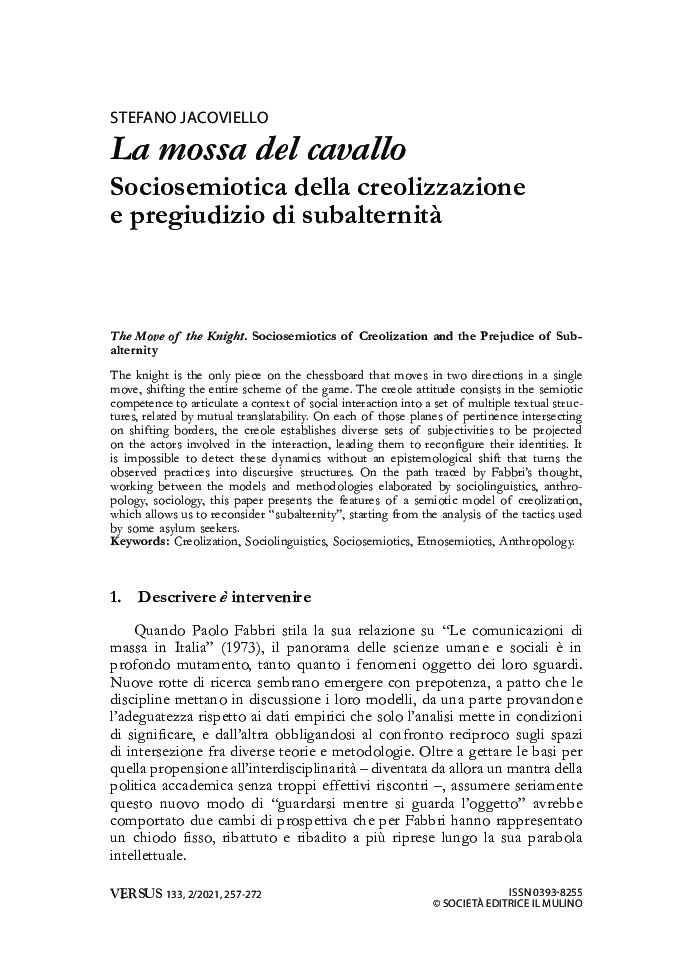