This essay begins by approaching Hegel’s thought within the intellectual tradition where this thought is situated as a significant cultural work, inviting commentaries, comparisons, applied analyses, as well as a growing exegetical and scholarly apparatus. Assuming that the status of cultural actuality is central to the futures of Hegel, I propose revisiting the sections of Phenomenology dealing with the issue at hand. Two interpretations correspond to the futures of Hegel: external and internal, his thought as an object of cultural production, on the one hand, and a way of thinking that exceeds the stage of culture’s «hard actuality», describing such an object, on the other. It follows that the future of Hegel is possible only to the extent that it is braided out of futures, two-in-one, each of them betraying (expressing and letting down) the other. It is, then, a future that categorically refuses to keep its possibilities in reserve, untainted by actuality. 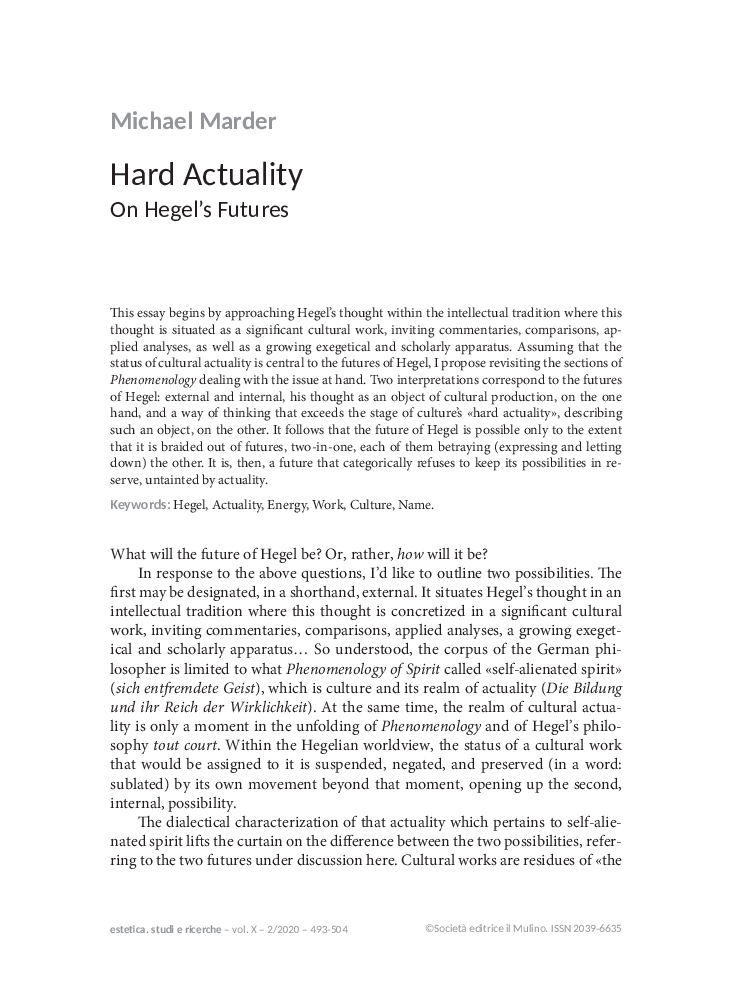