Antonio Gramsci's "Prison Notebooks" are a crucial reference for postcolonial thought. What is perhaps less known outside of Italy, is that Gramsci's writings were also instrumental for the development of historical Italian Third-Worldism, or what is known in Italy as "terzomondismo". In this essay, I show how, during the Cold War, Gramsci's writings became central for Italian writers and politicians in their engagement with the geopolitics of Decolonization. I examine in particular how Gramsci's writings shaped Palmiro Togliatti and Pier Paolo Pasolini's encounter with Maoist anticolonial politics in the wake of the Sino-Soviet Split. My analysis is framed by a reading of Gramsci's notes on education, language learning, and translatability ("traducibilità"). The question I put forward is to what extent Gramsci's thought was «translatable» into the discursive context of "terzomondismo". I argue that, along with his reflections on translatability, Gramsci's aesthetic of the unfinished Notebook complicated these ulterior discursive translations. 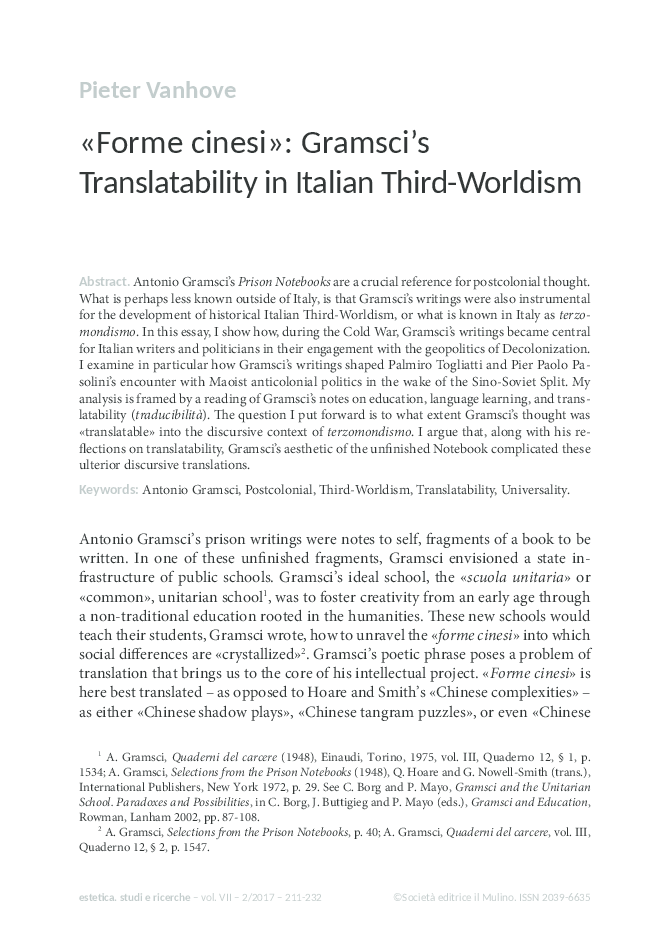