In the early 1920s, many European countries called for the creation of new national statistical offices to coordinate statistical analysis in support of governments' action, due also to the new role taken on by the State after WWI. In Italy the reorganization and strengthening of official statistics were two objectives consistent with the centralization of powers pursued by Fascism, and it is therefore no coincidence that during the twenties the reforms of the statistical service - starting with the foundation in 1926 of the Central Institute of Statistics (Istat) - were carried out by the new government led by Benito Mussolini. This essay will use published and archival documents to explore the first years of Istat's life, analysing its institutional events and its first scientific results, with particular attention to the role played by its first president, Corrado Gini, a figure of considerable scientific and political stature. The first years of Istat's life were dynamic and rich in novelties, both in terms of the organization of the Institute and in terms of statistical surveys. Under the direction of Gini, Istat was endowed with substantial funding and restaffed, carrying out new investigations and strengthening those already in place. Nevertheless, Gini's resignation in 1932 left unresolved the contradiction between the technical-scientific vocation of the Institute and its inevitable role as an instrument of the political and ideological objectives of the fascist regime, from demographic policies to racist measures. 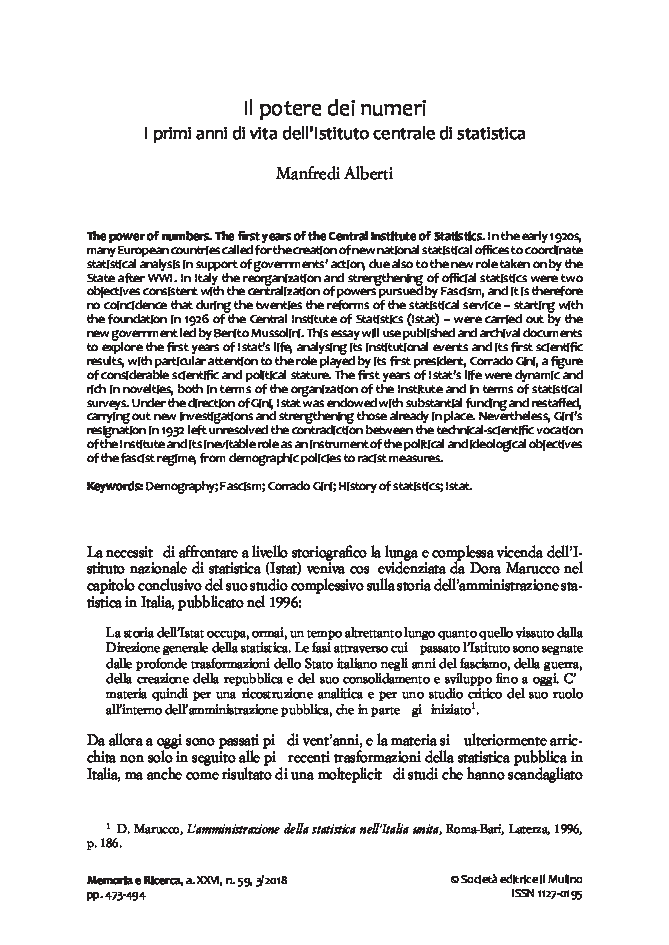