This paper delves into the rise of Sardinian local élite over the medium to long term. The case study investigates family Pinna, originally from Masullas. Members of the rural and professional bourgeoisie, the Pinnas grew up in the shadow of aristocratic lineages, held political offices and invested in the professional education of their descendants. The peak of their rise came with Felice Pinna, quaestor in Bologna and Palermo after the Italian Unification. The mismanagement of the «Sette e mezzo» uprising caused Pinna’s rapid downfall, forcing him to return to his home town, precluding any further possibility of a political career. The research referred to the existing bibliography on the phenomena and described events, supported by archival research in national and local archives. 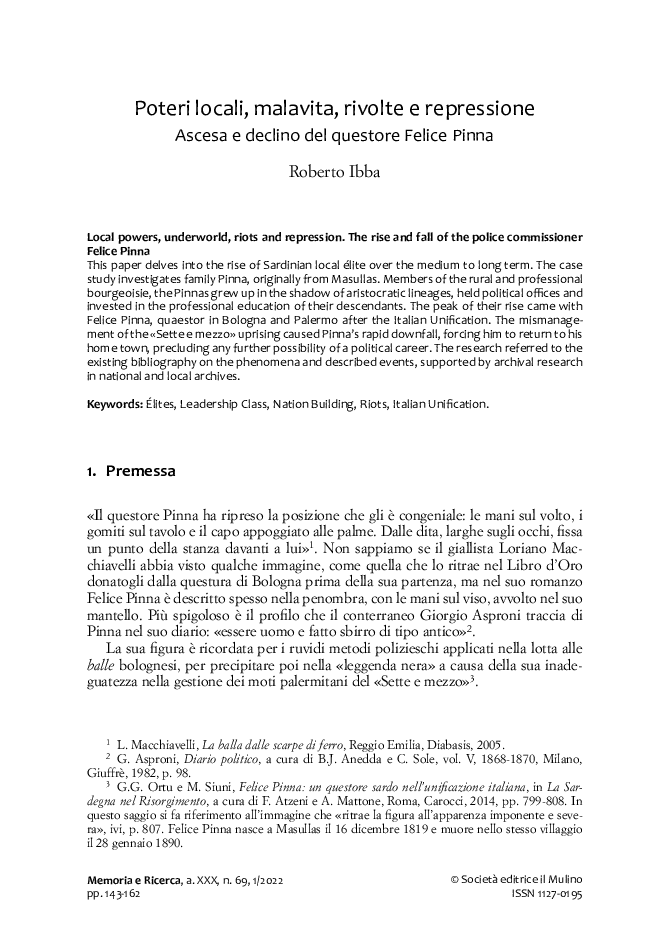