After the fall of Fascism and during the painful period of the civil war, Piero Calamandrei (1889-1956) reworked his legal reflections on the question of legality, starting with his meditation on Beccaria. His meditation on the «drama of the jurist in the face of unjust law» became more pronounced. His increasingly clear awareness of the limits of the principle of legality went hand in hand with an awareness of the limits of «abstract» legalitarianism. In the post-war period, with the criticism of jurists’ indifference to political and social expectations, legality, although not repudiated, was enriched with essential political and social components. After collaborating with the Regime at the time of the Grandi Code, the Florentine jurist also became an apologist for the Resistance after Liberation. Reconstructing the stages in Calamandrei’s reflections on the concept of legality allows us to grasp some Italian ambiguities during the transition from Fascism to the Republic 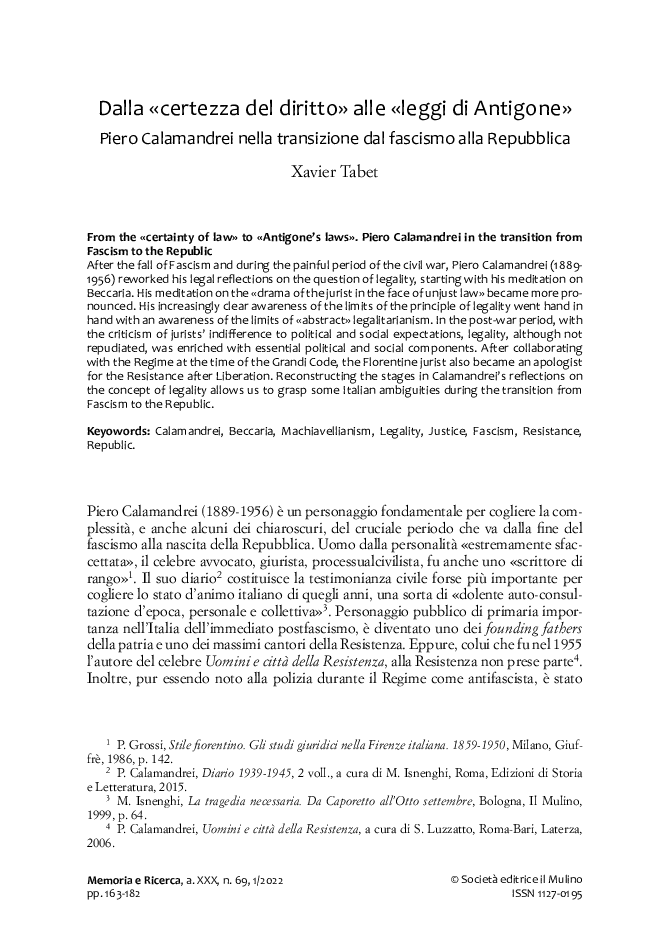