The wartime cartoons which appeared in British popular newspapers papers including the «Daily Mirror», «Daily Mail» and «Daily Express» illustrate how newspapers forged closer relationships with their readers by tapping into popular moods, and how editors foregrounded the use of the visual, something that was particularly evident in the soldiers’ paper’, the «Daily Mirror». This article will consider how cartoonists tried to influence the outcome of the UK 1945 general election through the long-established tropes of satirical visual language, along with elements borrowed from the developing pocket cartoon, which became a template for future graphic content in the popular press. 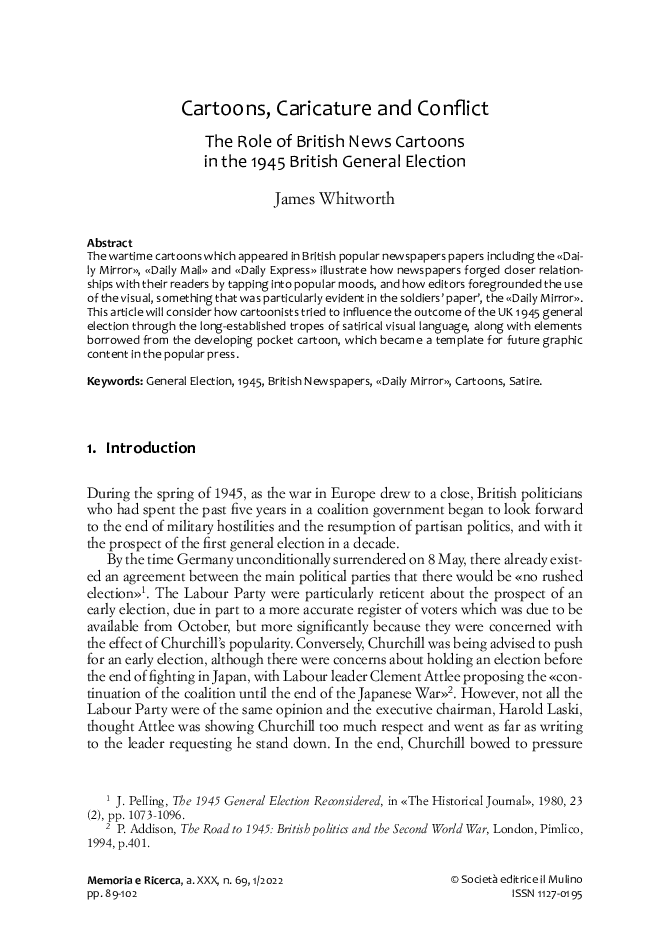