The present article, the result of a wide-ranging examination of political caricatures circulating in Italy between the end of the Great War and Mussolini’s March on Rome, is devoted in particular to the strategies of the «independent» satirical weeklies, having a moderate or conservative orientation, which reflected the viewpoint of a crucial segment of public opinion. While dealing with the recurrence of themes, the modes of representation, the stereotypes and the devices – rhetorical, argumentative and communicative – most frequently used, the present study aims to delve into the interpretative hypotheses which such periodicals offered to their readers regarding the events and issues of the time, to reflect on the value of caricature as a historical source – herein tested via a study case against a domestic backdrop and over a short timespan – and to make a few methodological suggestions. 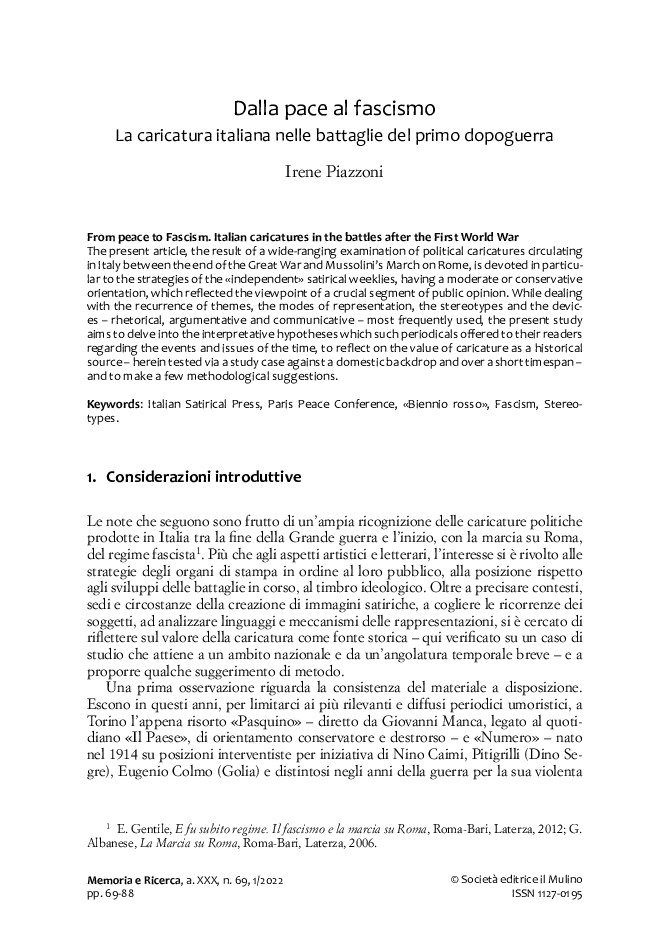