Mindfulness-based interventions are frequently used to support the psychological wellness of the adult population, with positive consequences also on the cognitive aspects. However, the positive influence mindfulness has on children, especially regarding attention deficit disorders, is less analysed. The main objective of this report is to verify if an 8 weeks mindfulness training practice could increase the attentive skills of children with a typical development. 48 children attending the primary school (21 of which were male and 27 female), between the age of 9 and 11 years (average = 9.6, DS = 0.4), have been involved for this experiment. Questionnaires (such as SDAI, SDAB, CAMM, QMA) and instruments for the objective measurement of the cognitive performances (CP, CATTEL, CO-TT, NEPSY) have been used to evaluate children’s attention, as well as a survey to measure the level of wellness (MSLSS). Data analysis show a higher increase of performances on those children exposed to mindfulness training compared to the control groups: this patency paves the way for future investigations on the feasibility of this procedure on that part of population with attention deficit disorders. 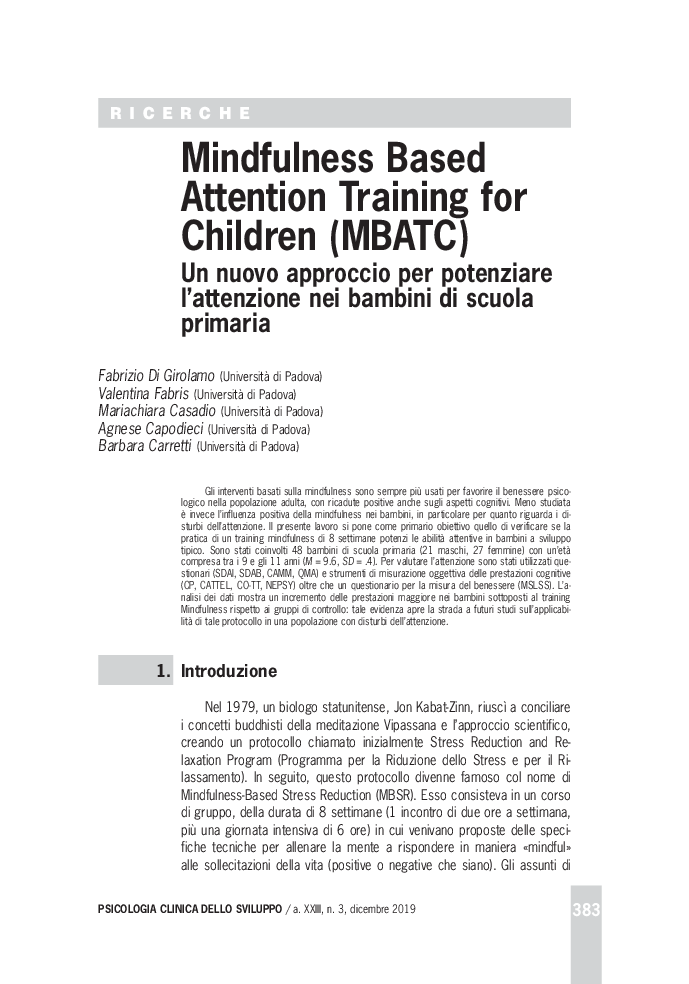