The study is aimed to examine individual differences in the expression of emotions of joy, anger, interest, fear, and in the level of activity of children in the first year of life, by means of a multi-method approach based on the use of an instrument for direct observation, the Lab-TAB (Goldsmith and Rothbart, 1999), and of an instrument for indirect observation, the questionnaire IBQ-R (Montirosso et al., 2011). Data from direct observations were coded through two different coding systems: molecular and global. The study was also aimed to verify whether the results obtained with the two coding systems converged with each other and with those obtained with the questionnaire. The cluster analysis performed on data collected through the molecular coding allowed to identify five temperamental profiles that match only partially to those that emerged from the global coding of the observations and questionnaires. The data also show that the Lab-TAB scores obtained with the two coding systems - global and molecular - converged with each other, but did not correlate significantly with the scores of the same dimensions of temperament detected by the IBQ-R. 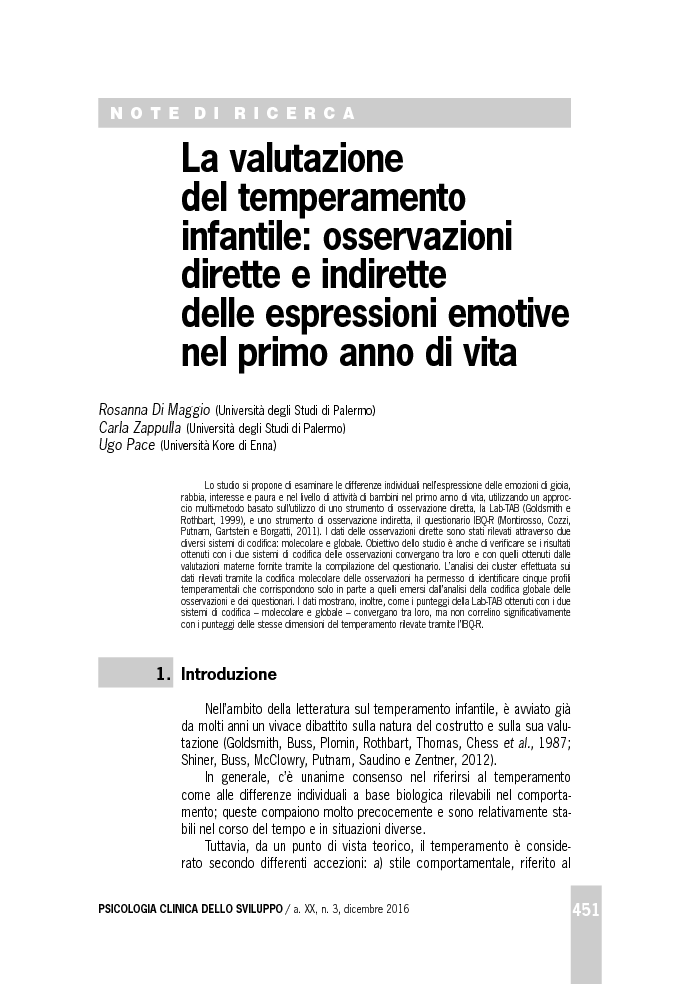