In April 2011, Italy launched an emergency admission plan aimed to protect and give shelter to migrants from Northern Africa, in particular those fleeing from uprisings in Tunisia and civil war in Libya. The plan was developed through the enactment of ministerial and Civil Protection decrees, based on the principles of emergency and humanitarian assistance. The article focuses on two main concepts seen as direct consequences of humanitarian action: suspension and surplus. Having moved across borders, migrants are left to wait in «suspended places» such as refugee camps and temporary camps. Their rights need to be given protection from the government. Since such «protection» is both the justification and the aim of humanitarian action, it ultimately becomes the product of a circular process, or a label devoid of real meaning. Originating from "ad hoc" emergency legislation, the admission plan for Northern African migrants has led to the creation of special protection measures which, however, only turned out to be duplicates of existing measures. Two years after its launch the plan has proved to be totally ineffective. 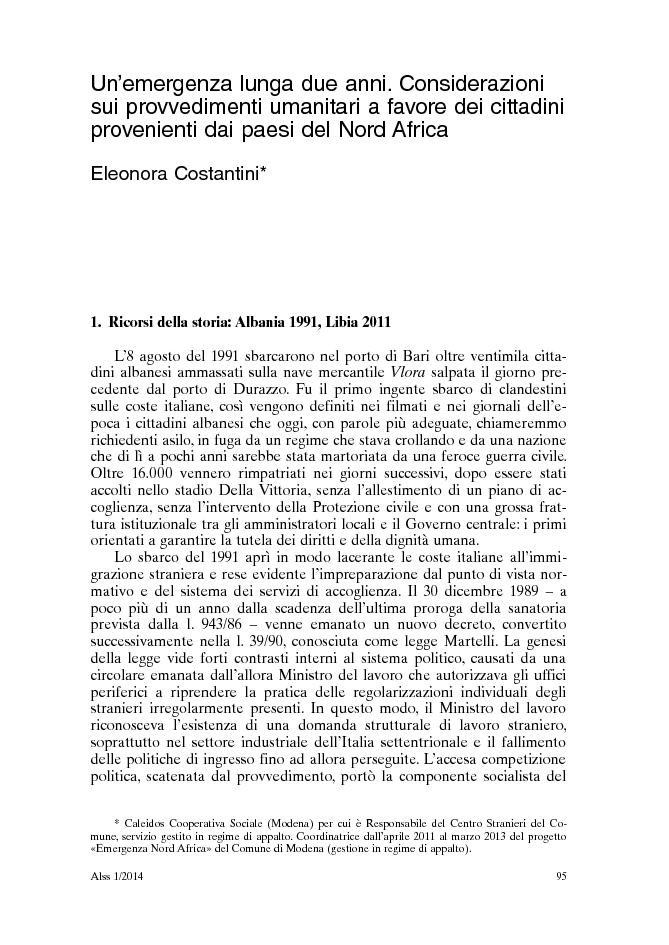