In June 2019 the Museum of History of Bologna at Palazzo Pepoli (now in its eighth year) inaugurated a room dedicated to earthquakes in the historic town and in its metropolitan area of one million inhabitants spread over 55 municipalities. For the town and the Emilia Romagna Region this room is the first stable point of information on the local seismic hazard and the effects of earthquakes past and potentially future. The project is a contribution to the culture of risk, which is proving slow to get off the ground in our country, despite the frequency of seismic disasters here. It aims to combine scientific coverage of the issue with the history and culture of the town and its territory. A historical and cultural survey dating from the twelfth century unfolds down to the latest seismological data as to the frequency and magnitudes of major earthquakes and a description of the damage to town housing and monuments. After a serious earthquake there is more than damage assessment, of course: explanatory ideas and theories have been put forward and compared, as in any flourishing town life and culture. Facts about these are shown on panels and images, while an effective multimedia installation supplies information at various different levels, including an interactive digital table and two digital viewers. 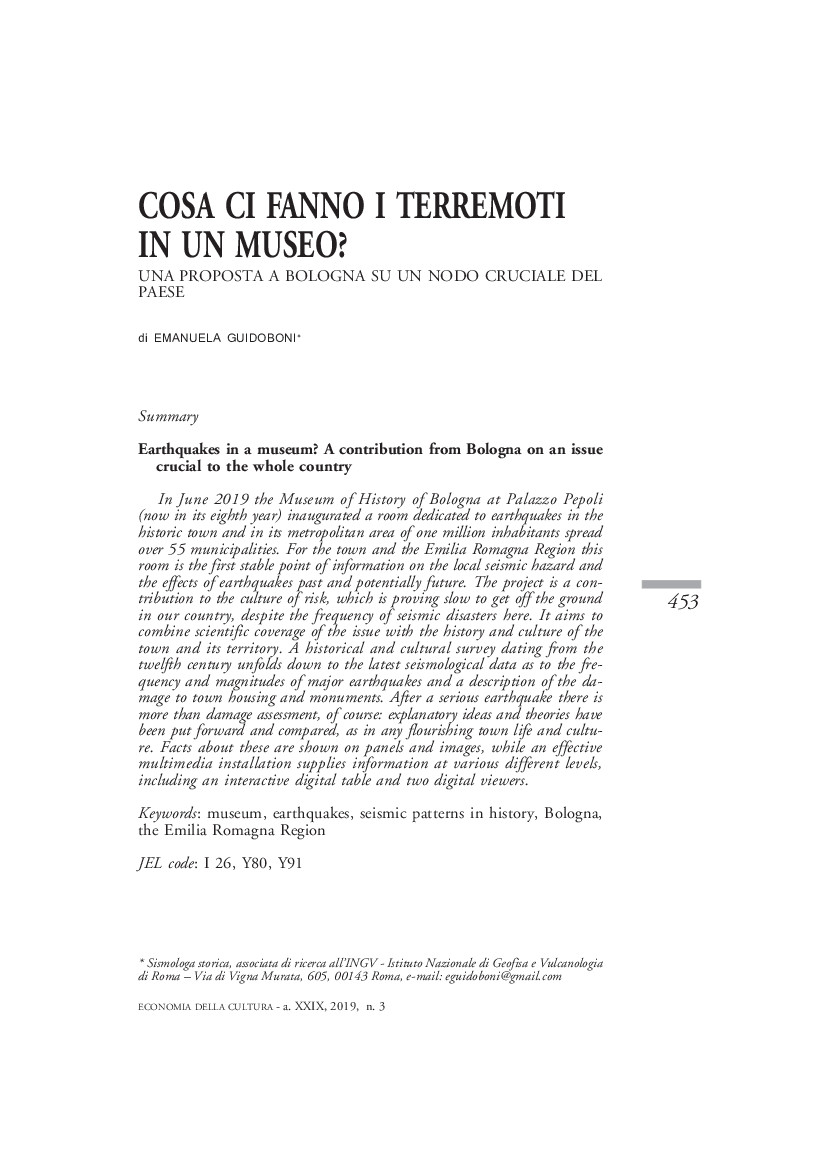