Museums have long grasped the potential of the game to change the relationship with their audience, trying to make the visiting experience richer, more interactive and increasingly stimulating and engaging. The transition from the game to the videogame, in its first trials, has however represented for the museums a mere transposition in a digital sense of the tools used for the educational activities development. In this paper is presented the experience of the National Archaeological Museum of Naples, which produced in 2017 a video game, Father and Son, which reached in little more than a year and a half about three million downloads. The idea behind this experimentation was to «take the museum out of the museum», in the belief that some tools - especially digital ones - are able to amplify the ability of dialogue and interaction of the museum with its audience, both in the spatial sense (beyond its physical perimeter) and in the temporal sense (not only during the visit experience, but also before or after it). 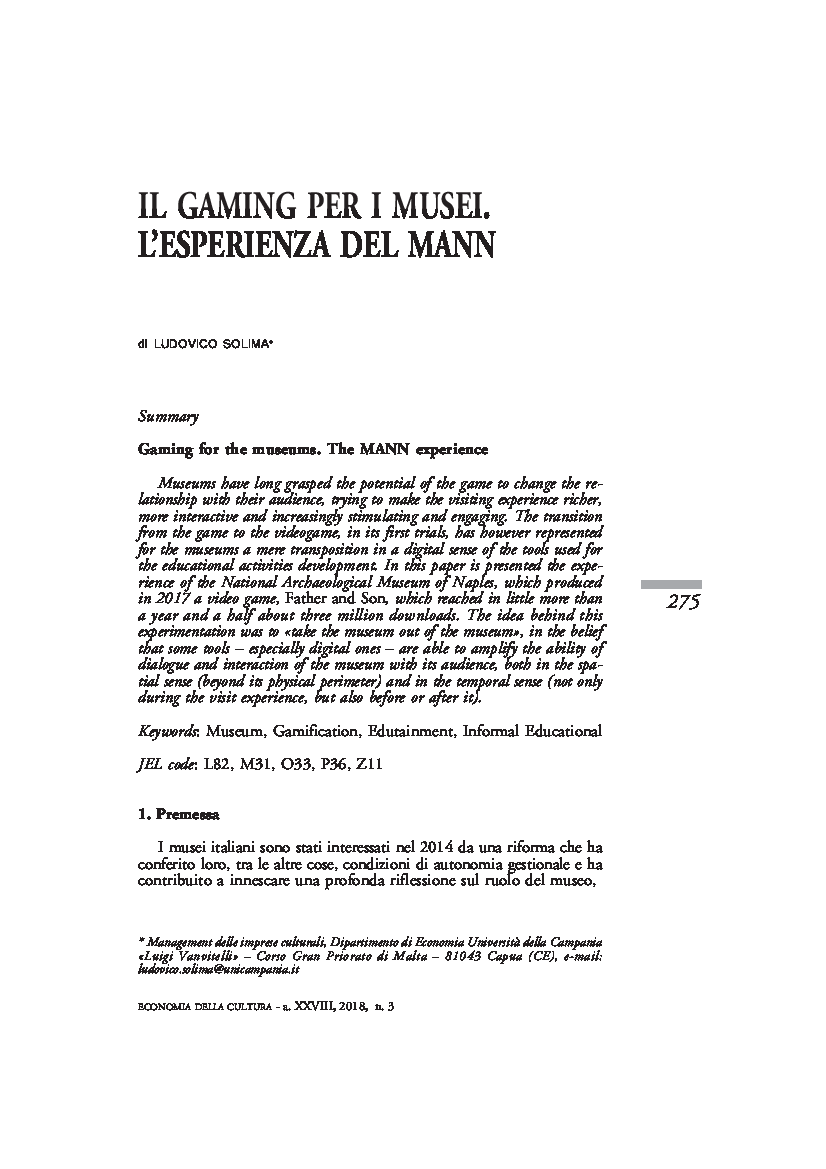