The territorial competitiveness both at the regional and sub-regional scale, has often seen the attractiveness of the European funds as a competition between the different administrative aggregations of the territory. This competition was strongly influenced by the skills developed locally at all levels, in particular between the Provinces and the Region, on the one hand, and between the Provinces and the European Commission, on the other. Focusing its analysis mainly on the interaction between administrative reorganization of the State, ability to attract European funding on a competitive basis and new regional regulations on tourism, this paper aims to promote thoughts and provide a critical framework about potential future scenarios at the sub-regional scale (Unions of Municipalities, Large Areas, Metropolitan Areas, etc.). To this end, the case study of the Emilia-Romagna Region will be used. The identification of administrative boundaries and transversal or sectorial territorial aggregations with respect to tourist destinations, overlaps the parallel construction of new territorial economic aggregations whose main objective is the attraction of visitor flows, but which only in rare cases succeed in replacing the old provinces in the ability to attract financial flows of European origin. 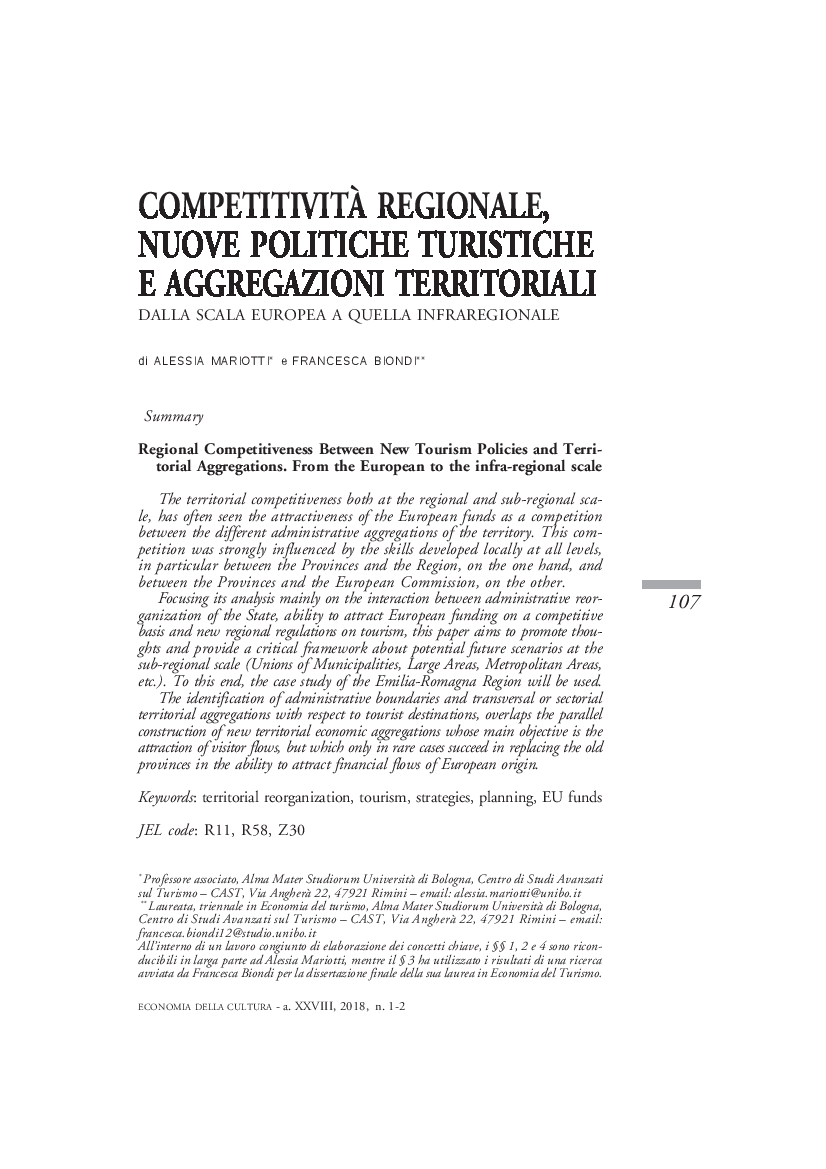