The Mediterranean visual art scene has emerged in recent times as one of the most vital and interesting in Europe. Except in Turkey and Israel, in the Southern shore it is mainly run by small structures - artist's associations, small galleries and cultural centers - quite badly affected by the present political instability. Due to its geographical position, Italy could play a predominant role to activate the much needed inter-Mediterranean cooperation projects, presently rather episodic and not responsive to a wide-ranging policy in the field. This is, though, a rather missed opportunity, with the notable exception of two relevant initiatives, on which this paper is focused, the network "Bjcem" (Biennale des jeunes créateurs de l'Europe et de la Méditerranée) and "Love Difference", a project based on an art work by Michelangelo Pistoletto: a mirror shaped as the Mediterranean, surrounded by chairs representing the diverse cultures facing the sea, already circulated in seven countries and everywhere activating opportunities for intercultural dialogue. 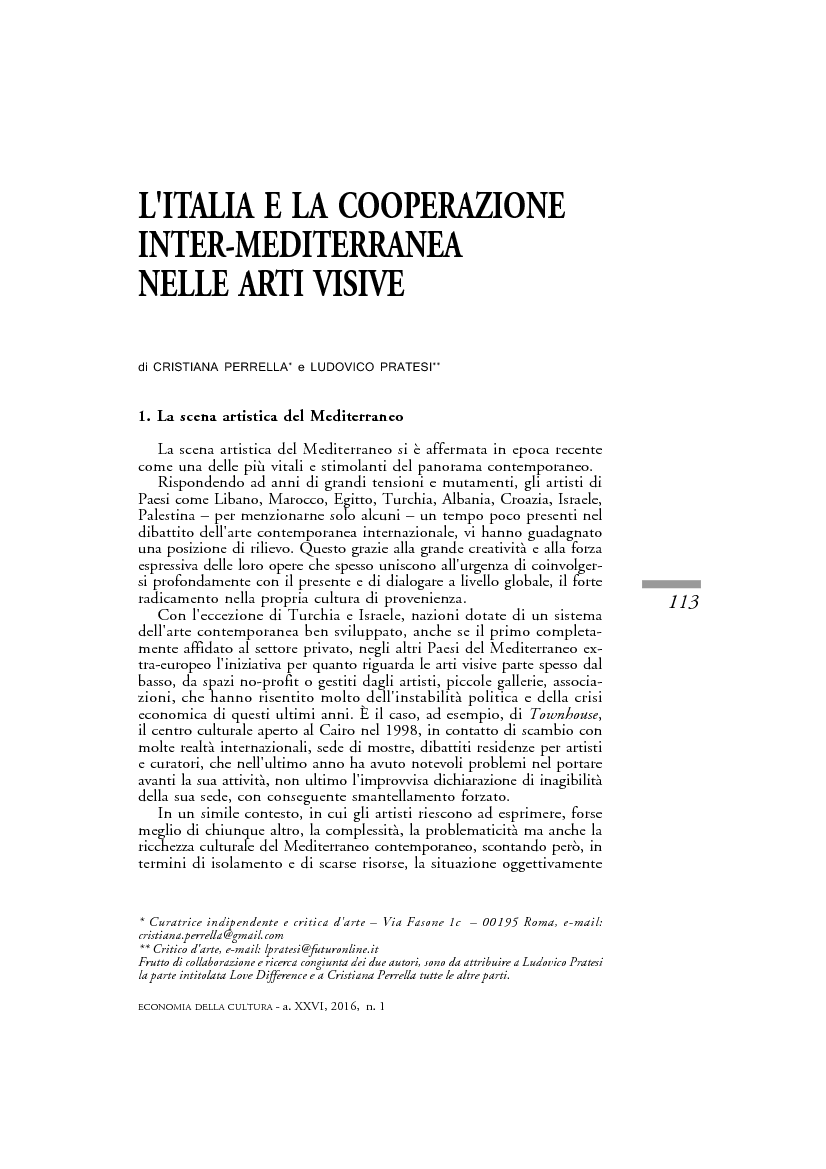