Film coproduction - by implying a close collaboration among artists, technicians, laboratories, television networks and distribution societies in the different countries, and, consequently, a reciprocal appropriation and interchange of aesthetic codex - plays a paramount role in intercultural cooperation. An effective «Mediterranean coproduction policy», though, cannot exist, because of the area's strong lack of political and economic homogeneity. The Mediterranean could be divided among three areas, each with its own coproduction dynamics: the Northern shore, strongly related to Europe and to the EU and COE support programs; the Southern shore, particularly close to France for the colonial legacy of several countries; the Middle-East, where every country is on one's own. As for the French international coproduction policy, an ad hoc Fund - Aide aux cinémas du monde, annually endowed with 5 m. EUR - has been created, pursuing the training in script and screenplay, the support of coproductions, the distribution and circulation of films. 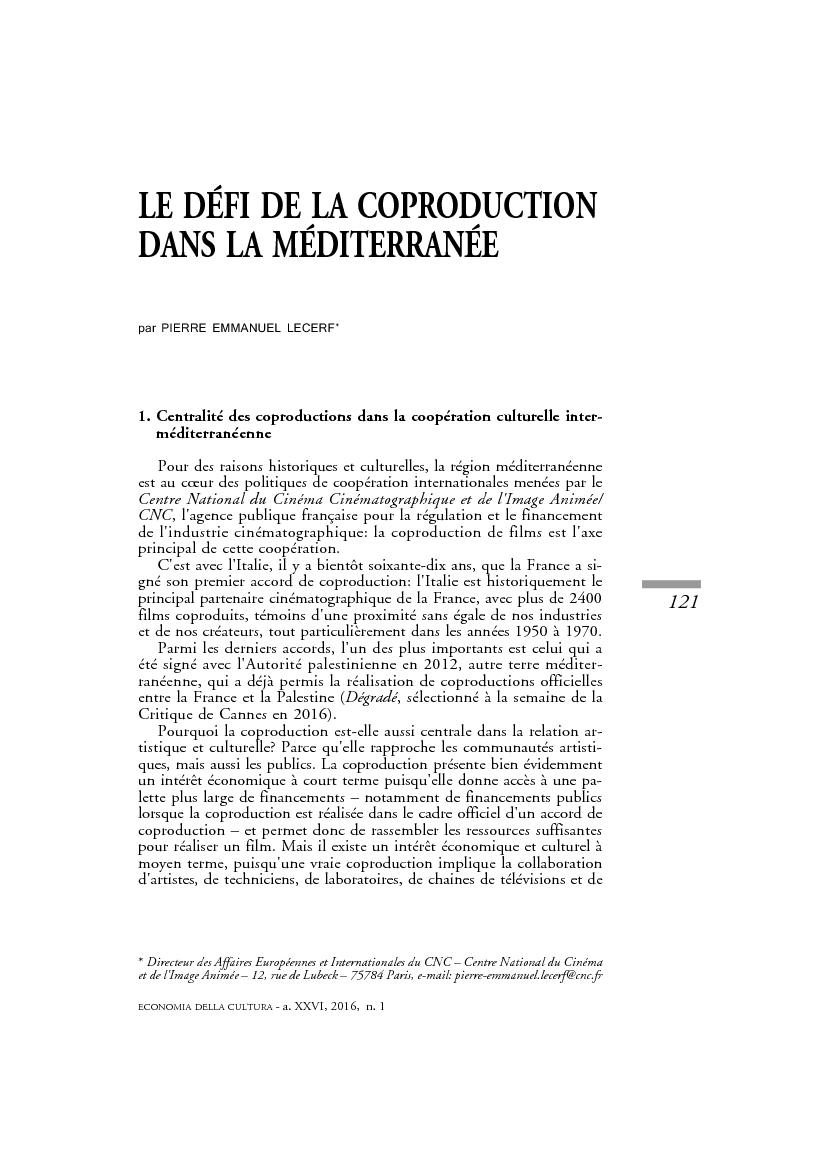