«Crowdsourcing Week Europe» (held in Auditorium BNP Paribas, Brussels October 19 to 23, 2015) was a meeting dedicated to the promotion of crowdsourcing and crowdfunding within the sharing economy. It was an opportunity to listen to different experiences, reflect on ways to achieve further growth, and share ideas on how the concepts could be used in response to reductions in public funding. There were representatives of businesses, non-profit organisations, national and local governments, all united in their desire - despite their different roles - to create a dynamic and reliable environment for open innovation, one that may broaden the base of potential investors and boost the circulation of the huge amount of savings kept in European banks. This article illustrates some data on the volume of funded projects and the characteristics of the leading actors: from start-ups to NGOs, professional investors to donors. It focuses particularly on the situation in Italy. The dominant characteristics are those of the sharing economy, which is based on openness and participation in order to stimulate the potential of the «crowd», and to support innovation. The meeting highlighted the rationales and sensibilities that are required to build consensus, such as the centrality of purpose that underlies the projects, and consistent and complete information and communication. Theis trend is also growing in Italy, but equity crowdfunding has been delayed by the rigidity of CONSOB regulations and a lack of trust among small and medium-sized investors. In the case of non-profit organisations, especially those operating in the humanities and cultural heritage fields, the role of the community (when empowered) continues to be underestimated, and there is also poor communication around the representation of past and current collective knowledge. 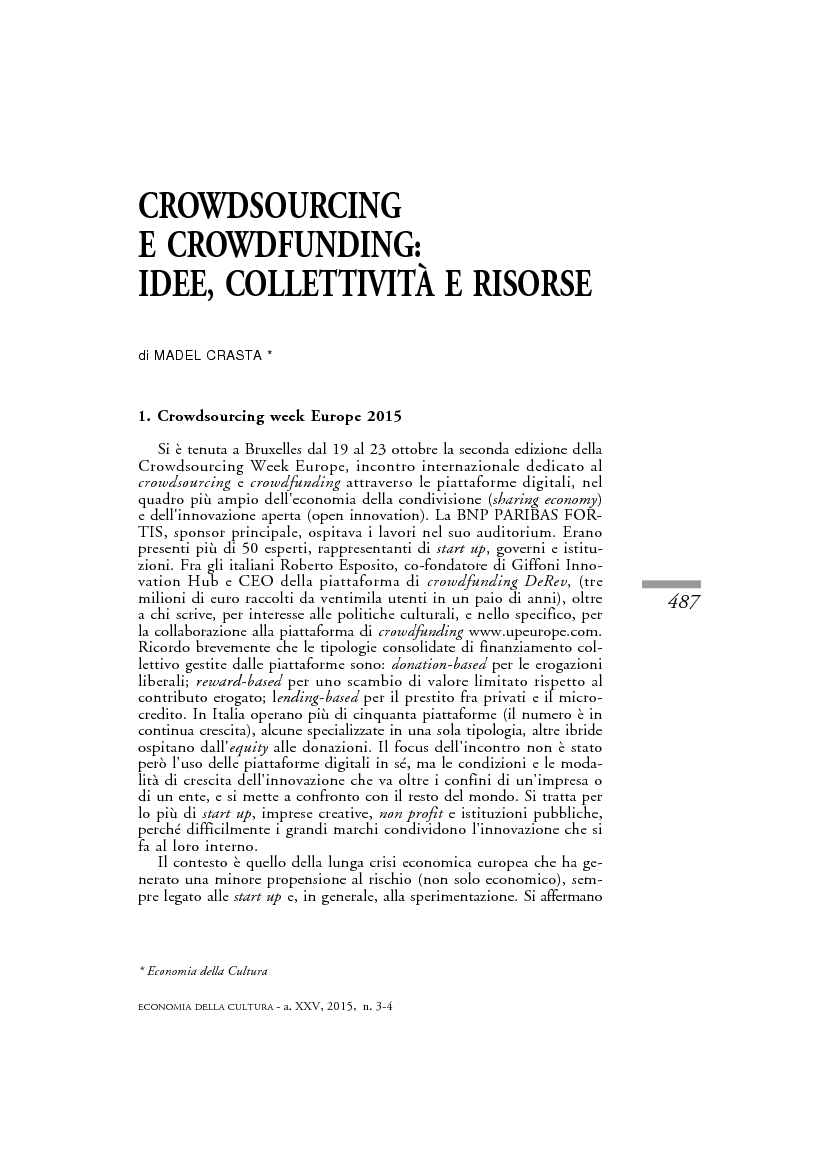