Social cohesion is by now acknowledged as a relevant goal of public policies in the cultural field, along with the generally accepted cultural and economic objectives. The article analyses, in an international perspective, the evolution of the culture - social cohesion binomial: from the original meaning of democratisation of culture, with a view to enlarging participation and access, to the present understanding of culture as a vehicle of social inclusion, intercultural dialogue and, ultimately, a more secure environment. After acknowledging the maieutic role played in this process by transgovernmental organisations - UNESCO, the Council of Europe, the European Union - the article goes on to examine the somewhat mixed response of North European and Mediterranean countries, and more in particular of British and Italian cultural policy makers. Finally, an in-depth rethinking of the cultural policy system in Italy is called upon, to better address the issue of «cultural rights», and to fully endorse the inclusive role of culture both in the deprived regions of the Mezzogiorno, and in an increasingly multicultural society. 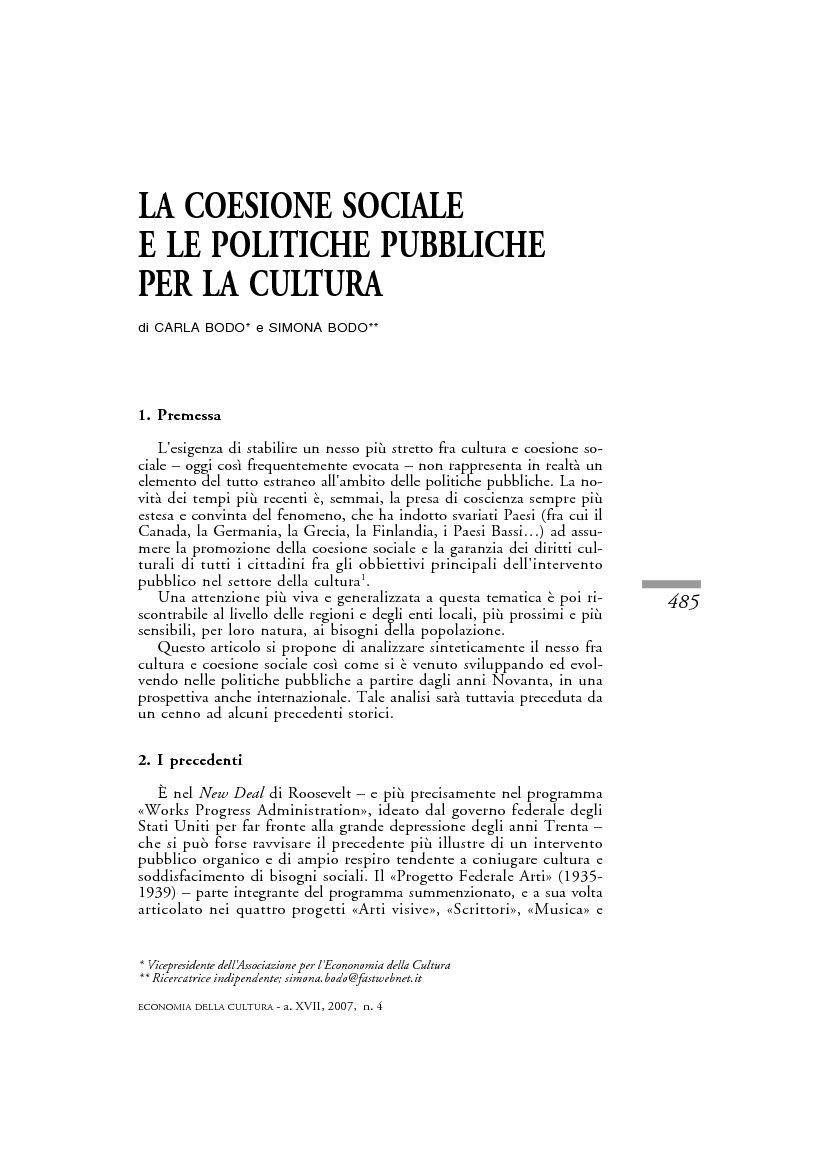