This paper aims to analyse the relations between companies and public institutions, paying particular attention to perceptions of the Chambers of commerce derived from the fusion process that has recently started to take place across Italy. The study was funded by the Chamber of commerce of Venezia Rovigo Delta Lagunare (established in 2016), giving us the opportunity to explore the cultural beliefs of entrepreneurs based in Venice and Rovigo on their relations with public administration bodies, specifically the Chamber of commerce. The fieldwork was conducted in two phases, in 2015 and in 2017, allowing us to compare the different opinions of entrepreneurs at two different phases of the union process of the Chambers of commerce: the year of the transition and two years later. In the second phase, the questionnaire was also focused on three other research areas: life-long learning, innovation and generational transitions. The quantitative study was conducted via CAWI (Computer Assisted Web Interviewing) and CATI (Computer Assisted Telephone Interviewing). In both phases of the study, a random sample was selected from Infocamere's list of companies operating in the municipalities of Rovigo and Venezia, taking into consideration the dimension, the economic sector and the municipality. The study's findings demonstrate that entrepreneurs want Chambers of commerce to be more deeply connected to other public institutions, taking on the role of a 'system incubator'. 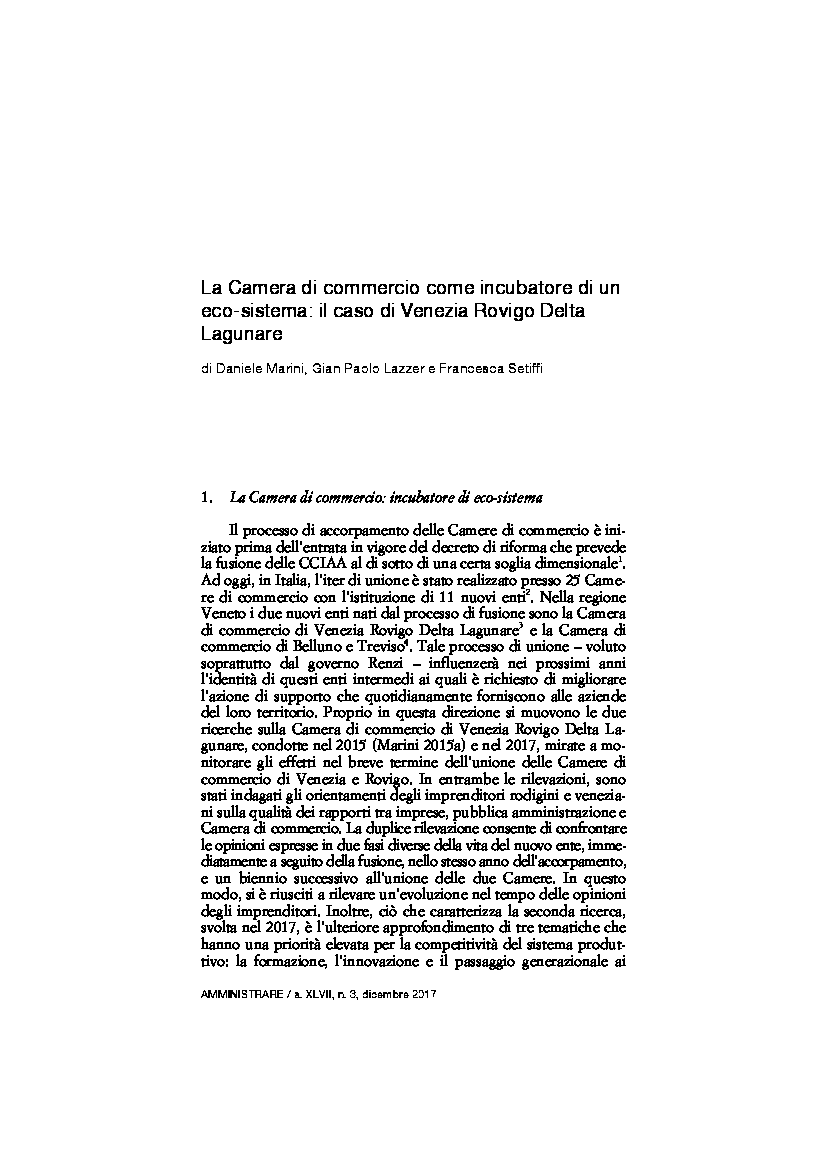