The analysis of the implementation process of the Pgt (Plan of Governance of Territory) of the Local Authorities (Government) of Milan is an interesting case study. In the first place, it contributes to highlight a rather unique modus operandi, clearly illustrated by the revocation of the resolution approving the Pgt taken by City council during the Moratti's (mayor) Administration of Milan, center-right majority, by the same entity during the Pisapia's (mayor) Administration, a center-left majority. Secondly, the authors put in evidence two different "policy styles" (Moratti vs. Pisapia), both in relation to the structural characteristics of the network of actors involved in the decisionmaking process, and the weight that the same actors have had in the political and administrative decisions taken by the city political entities, at the executive (Giunta) and regolamentary (Consiglio) level. Finally, the authors try to clarify how Pisapia's Administration has taken a predominantly political meaning, while from the administrative system point of view the Pgt has not undergone profound changes. 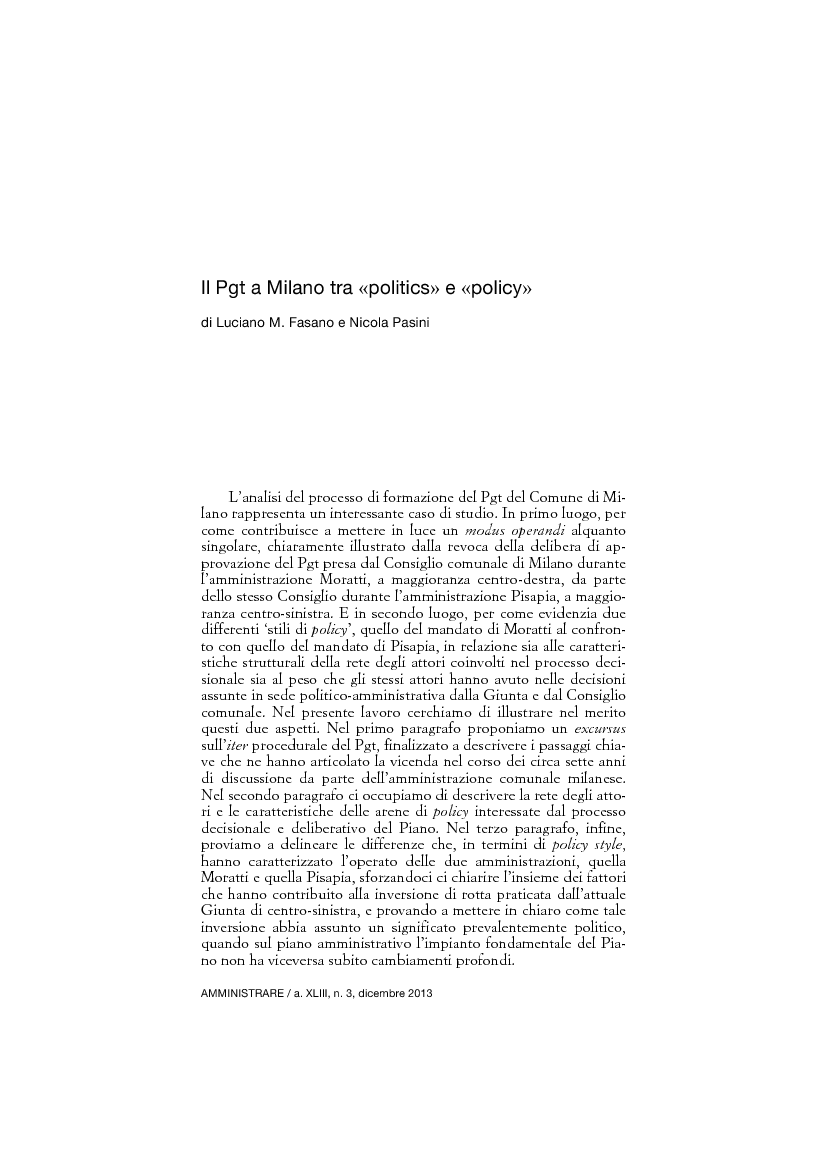