The article follows the historical development, from its origins until the present day, of the idea of giving institutional definition to the relationship between the state and local bodies that gave rise to the State-Cities and Local Autonomies Conference ("Conferenza Stato Città ed Autonomie Locali"). The "Associazione dei Comuni Italiani" first mooted the idea in the early years of this century, and proposed it again in the years of the Republic, but the proposal was never unanimously endorsed by its memebrs. During the fascist period, when Anci was disbanded, the call was again made for the creation for a Higher council of local bodies. The initial plan was to set up an organism which would assist the state in managing its relations with the communes and forestall the issue of inapplicable laws. After the Second World War the problem was addressed, on Anci's request, by a group of experts, who in the end expressed serious doubts. In 1961, the Minster of the Interior, Scelba, declared himself in favour of the creation of the new body, and further declarations of intent were made in the years that followed. However, due to doubts internal to the Association, the initiative never received full supported. 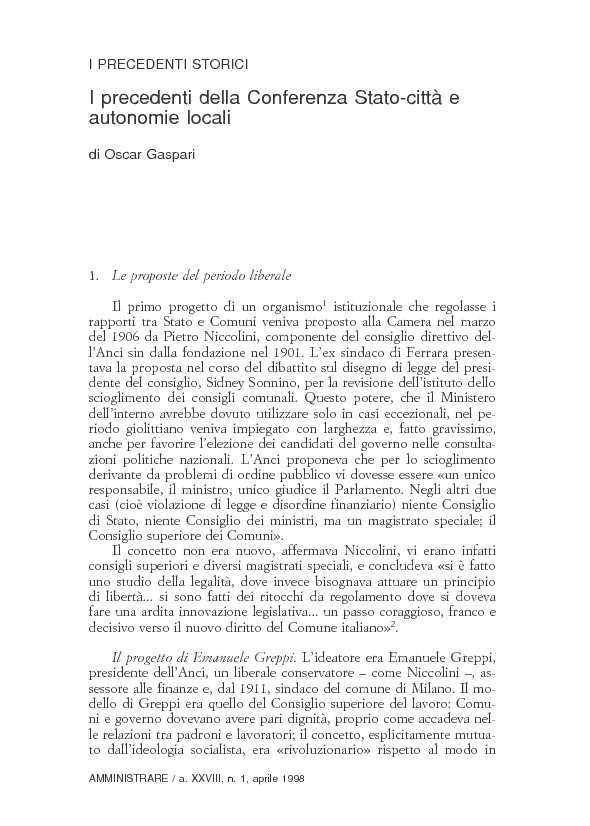