The essay concerns the social and working inclusion of the unaccompanied foreign minors as they move into adulthood. In the first part, it analyses the innovations introduced by Act no. 47/2017 (so called “legge Zampaµ), which has improved the reception system of the unaccompanied foreign minors and has made the legal discipline more organic. Furthermore, it focuses on the role of voluntary guardians of unaccompanied foreign minors, which has been officially recognized by Act no. 47/2017. In the second part, the analysis moves on the resident permits required for their working inclusion, especially after the entry into force of Decree no. 113/2018 (so called “decreto immigrazione-sicurezzaµ), which has changed the rules for minors seeking international protection, by reducing their possibilities for integration. Finally, it examines the effectiveness of the tools provided by the legal system to encourage the employment of these people, when they become of legal age. 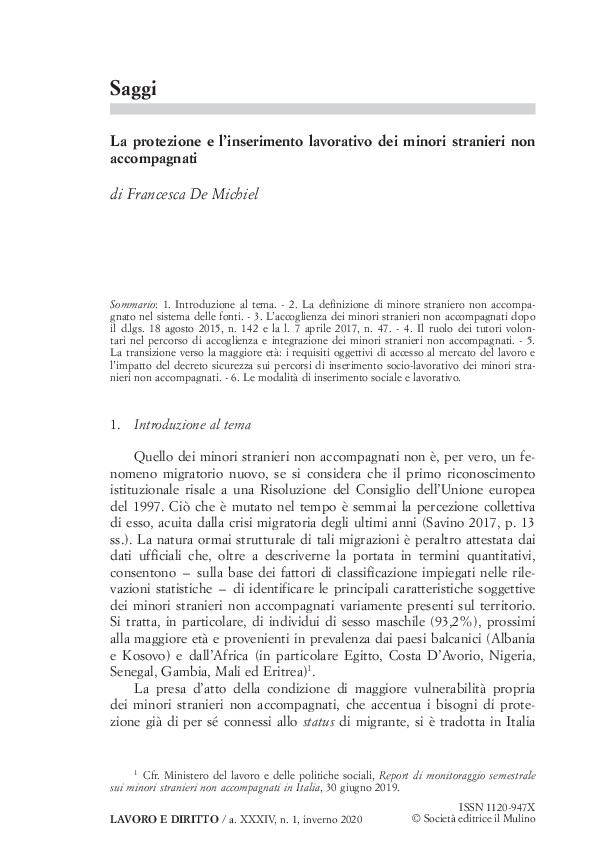