The essay examines the relationship between the Italian and the German labour law, lived always in terms of dependence of the former to the latter, since the end of the 19th century, when some statutes and the most important theoretical reconstructions were strongly influenced by the German experience. This dependence did not decrease during the First World War, which Italy fought against Germany, and deepened - despite some criticism - when the two countries had similar political regimes. After World War II, all the theories on employment contract were conditioned by the periods of study that Italian scholars spent in Germany. After 1968, changing the conditions of the political landscape and of the world of work, the relationship stopped rather abruptly. 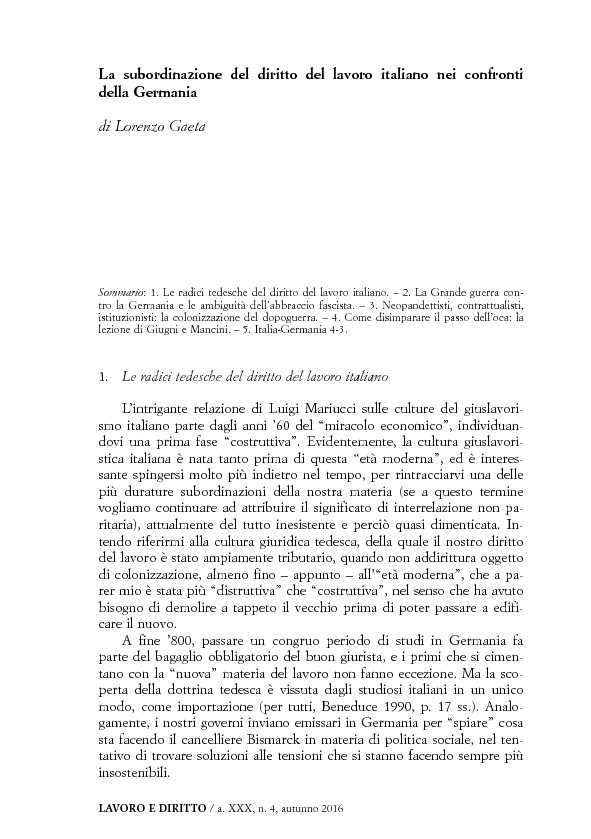