The essay analyzes the relationship between the fight against organized crime and the labour law highlighting, in the first place, the transition path from a stage of mutual indifference between legislative areas to a stage, instead, of substantial interferences emerging. The paper, then, focuses on the specific fighting tools adopted over time, in order to give an insight of the state of the art of a constantly evolving regulation. In the final part, the example of certain legal proceedings helps to underline both the possible short circuits arising from the lack of coordination between different sectors of the legal system, and the insistence of plural interests, suggesting the use of a systematic legislative approach able to dynamically balance different needs. 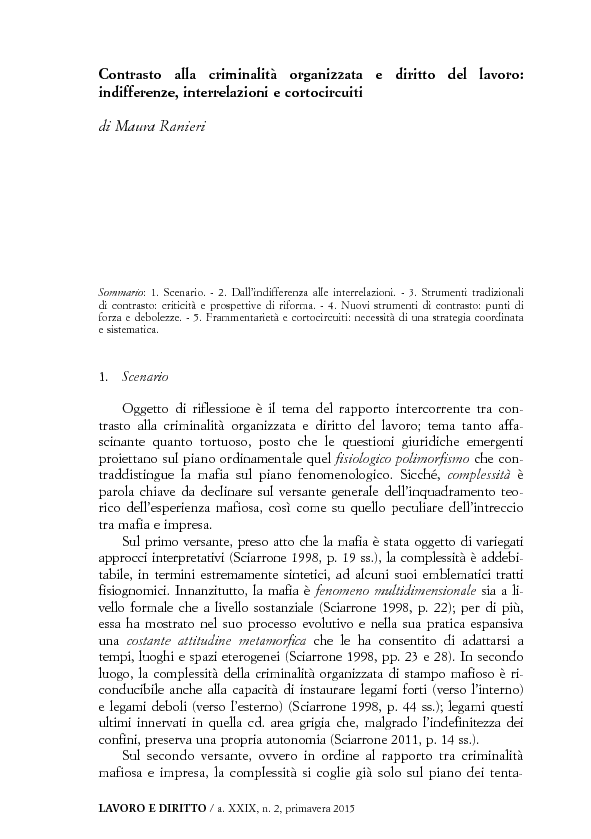