The study focuses on part-time work evolution in the European and Italian systems, until the recent reform of labour market (the so-called Jobs Act) that includes new rules on part-time contracts. The legislative decree no. 61/2000 transposed the directive 97/81/EC into the Italian system: since then, in the perspective of increasing part-time, some clauses in Italy underwent several changes that range from delegation to collective bargaining and to individual autonomy. These factors are both crucial, and should tend to a new regulative equilibrium. The increase in the number of part-timers in recent years, partly because of the economic crisis, is represented by the involuntary part-time workers, which accept contracts only in the absence of full time employment. In addition, the paper analyses some recent part-time reforms in Europe: in France the part-time contracts should be minimum of 24 hours per week, although there are some exceptions; in Spain the law extends the employer's right to request additional hours to part-time employees. 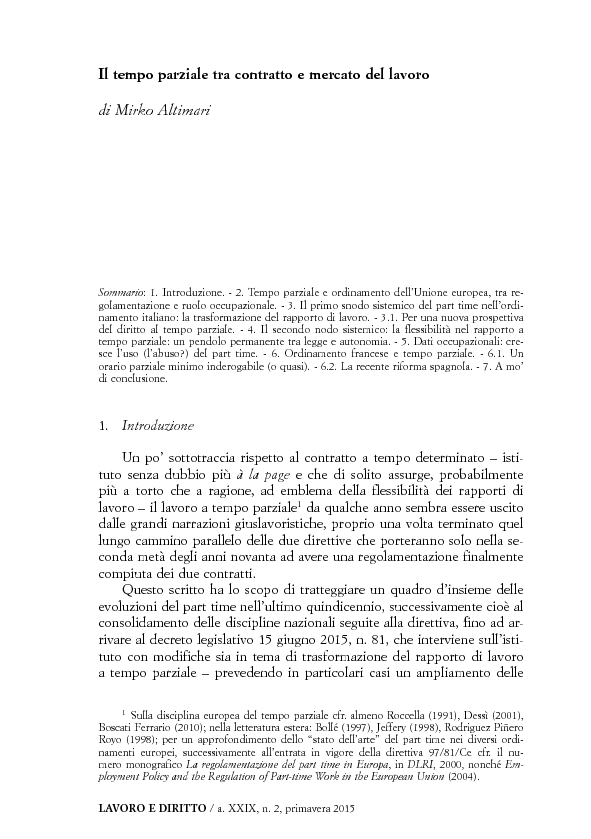