In the last few years, in front of labour law's transformations, the principle of unequal protections has undergone a crisis that has had a deep impact on the role of judges, as foreseen by Act n. 533/1973. A sign of this change is also that public expects something different from judicial efficiency, broadly considered in terms of measurability of the outputs and cost predictability. Such a notion of efficiency, interpreted as the widest flux, belongs to a managerial justice which is consistent with neoliberal rationality. However, on the one hand, it challenges the symbolic character of judgment; on the other, it challenges the effectiveness of rights in front of complex social transformations. The effective protection of rights requires judges to know how to manage efficiently the length of legal proceedings, rather than to produce outputs as soon as possible. 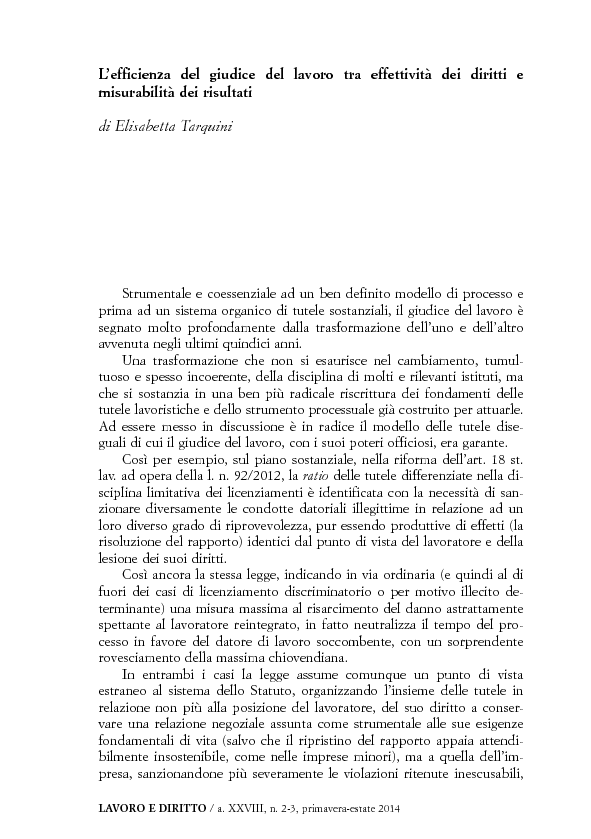