Although the reform indicates very ambitious objectives, the legal solutions adopted by Act No. 92/2012 are in continuity with the previous regulatory framework. The reform does not change Articles 2094 and 2222 of the Civil Code. It does not change even Art. 409 Code of Civil Procedure, which establishes the criteria for identification of autonomous coordinated and continuous collaboration. The changes are confined to introduce anti-avoidance measures. In particular, the fight against abuse is realized by adopting a more rigorous definition of "project", and through the provision of (absolute and relative) legal presumptions. In the essay the author tries to capture the systematic aspects of the reform. According to the author, reform, perhaps unintentionally, redefines the scope of labour law, expanding, in particular, the area of application of employment protections. In doing so, however, the legislator fails to make a comprehensive and appropriate revision of the notions of "subordination" and "self-employment". 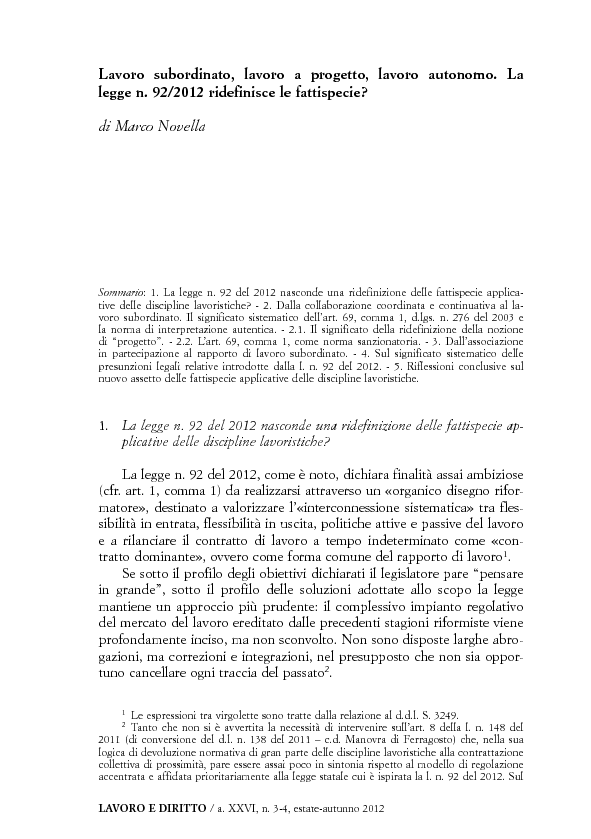