Keywords: evaluation of labour law; criteria of evaluation, compromise of opposite interests

The Author rises methodological doubts about the possibility to evaluate labour law. Particularly, the consideration of labour law as the object of economic evaluation implies a number of simplifications. First of all, a legal system is the result of both complex socio-economic dynamics and judicial interpretation, which cannot be easily simplified. Second, labour law combines both a collective and legal dimension. Furthermore, labour law is not based on a unique "ratio" but, rather, on several intents which often represent the compromise between opposite interests. The conclusion is that the idea of labour law as the possible object of economic evaluation entails the risk to underestimate the fact that labour law, unlike economics, is a discipline steeped in "non neutral" values such as solidarity, social and distributive justice. 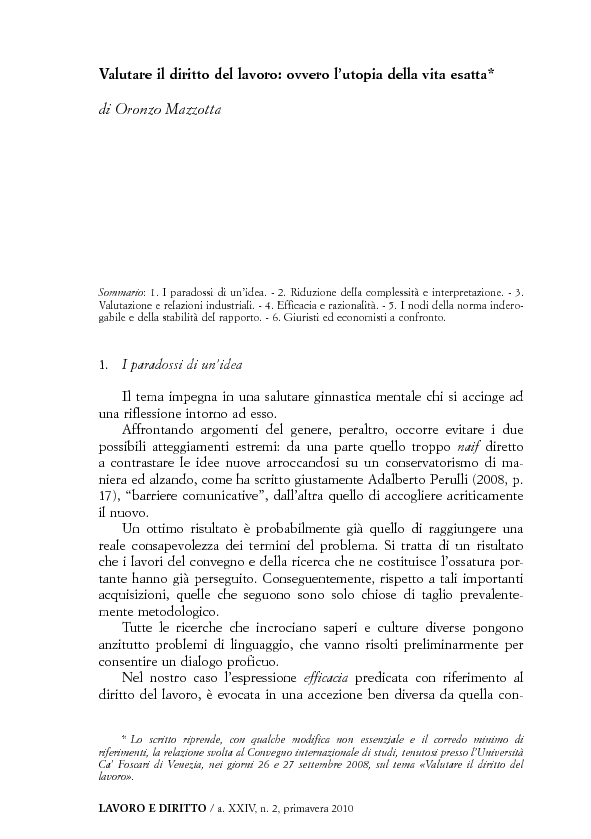