The article investigates the reasons behind the lack of attention devoted by Italian labour lawyers to the constitutional experience of Weimar Republic, particularly before the studies carried out by Gaetano Vardano during the 80s. It is first taken into consideration the dominant influence that private law traditionally exercises on labour law, only partially revised after the advent of Italian Constitution. The Author, then, explores the 1970 "Statuto dei lavoratori" which was fathered by Gino Giugni and inspired, to a large extent, by his studies in the US. Within this framework, in the Author's opinion, Gaetano Vardaro's renewed interest in Weimar may be located among the fall of the so-called Italian new deal and the development of neo-corporatism in industrial relations, marked by events such as the Agreement of July 23, 1993 and the increasing institutional dimension assumed by industrial relations and collective bargaining. 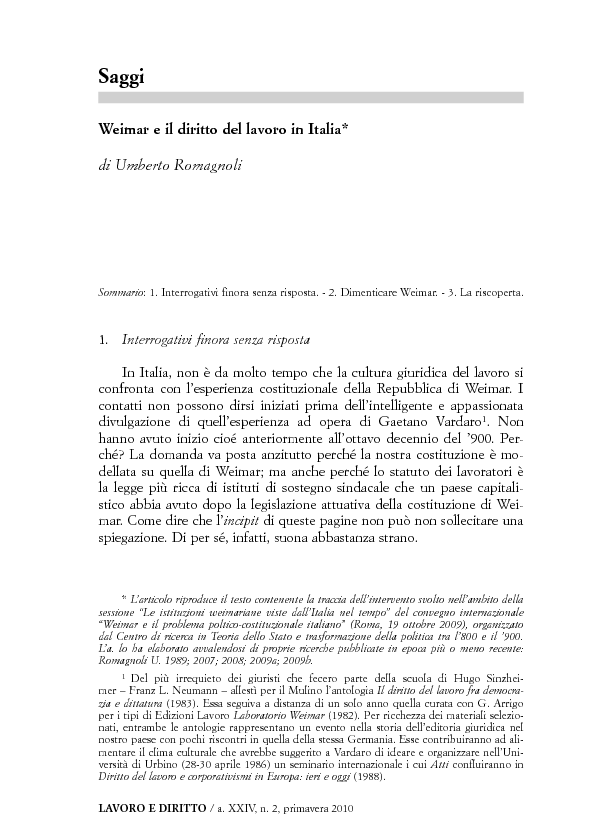