The Author describes some analogies between some recent financial scandals, like Parmalat, Enron, Vivendi, and a certain way of managing Human Resources. He uses as metaphors two paradoxes. The paradox of the management theory of the maximization of the value for the shareholders, which has often caused the destruction of the savings of several thousand small investors. And the paradox of the management theory of human resources as the most important asset of the organizations, while many recent pieces of labour legislation, following the philosophy of the increase of flexibility, totally ignore the culture of HR development. The Author then analyses some specific effects of the Italian labour market reform of October 2003 (Act n. 276/2003) on the increase of separation of workers, managed by specialized agencies rather than by the employer, from the employers themselves, who should on the contrary be more interested in the fidelity, training, involvement, team-work, empowerment of their employees. 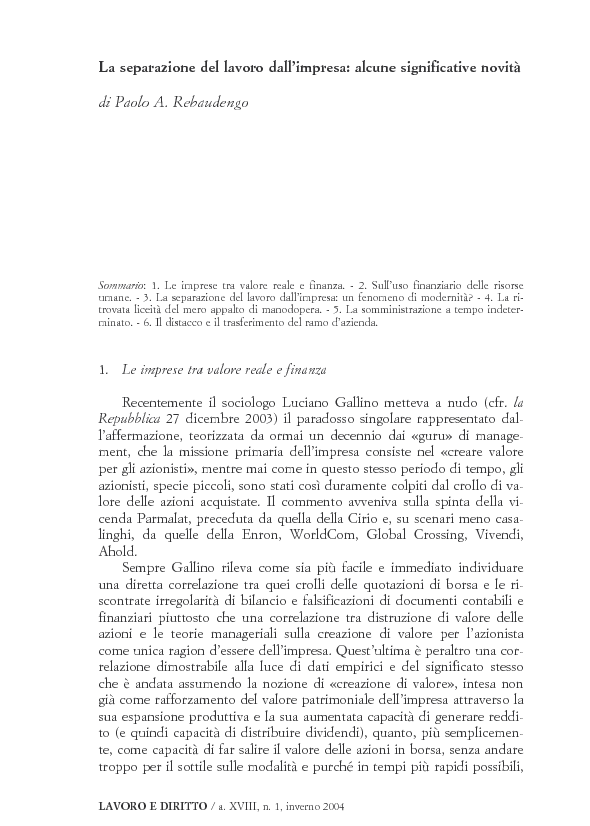