The article provides an overview of the first contributions of Jewish scholars who advocated for a change in the legal status of Jewish women. Starting from the '70s, Jewish scholars, raised in progressive enviroments, and advocating for equality for men and women in the public sphere, were confronted with their religion, that prescribed a private role for Jewish women. Women's role taking care of children and family, and this role was strident with their advocating equal rights and opportunities at a broad political level. Out of their love for their religion, more progressive men and women began to ask for changes in the Halakah, within the Orthodox American congregations. 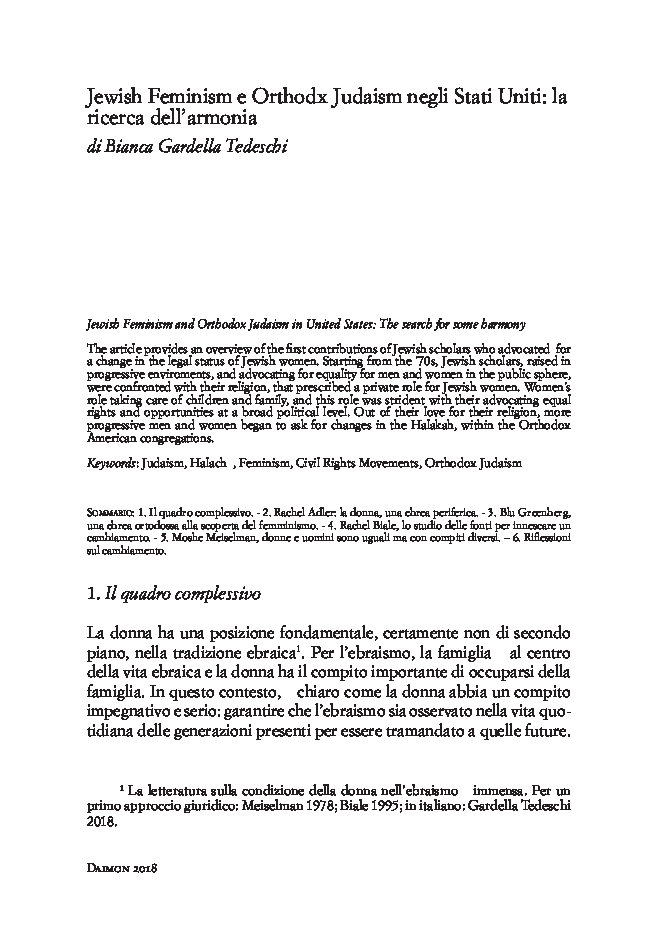