The Adventist movement in its first decades was open to allow women to hold ecclesiastical positions, even «Messenger of the Lord» for Ellen G. White, but few took on the role of ministers. In any case, ordination for such assignments was not contemplated. After the First World War women disappeared from the ranks of Adventist workers to reappear only after the Second World War. Even so, it was only from the 70's that the Church leadership committed itself to encourage the presence of women in ecclesiastical structures. This «return» of women has not, however, coincided, until now, with the opening to them of the role of ordained minister. 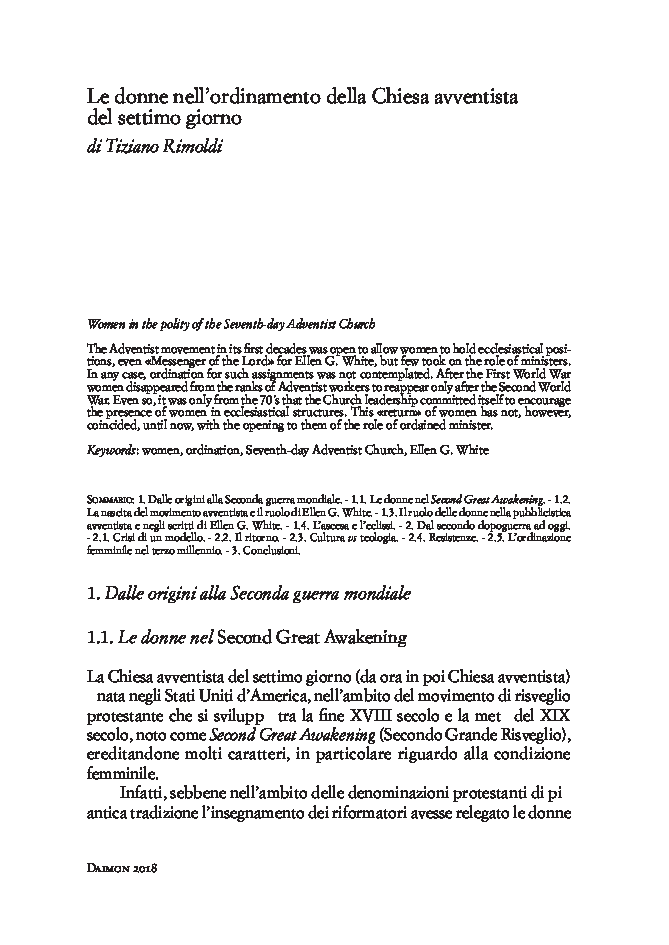