In India both religious tradition and legal plurality are not always positive in term of human rights, principle of quality and social justice. Religions and legal pluralism can be used not only for these purposes, but also against them. In this article, that question is examined with reference to long-standing issues of the draconian anti-conversion laws, which affirms that no one can convert from one religion to another using force, allurement or fraudulent means. This is indeed a very controversial matter, given that, considering the constitutional validity of some anti-conversion laws, the Supreme Court has held that the right to propagate religion, guaranteed by Article 25 of the Constitution, should be interpreted as not the right to convert another person to one's own religion, but to transmit or spread one's religion by an exposition of its tenets. 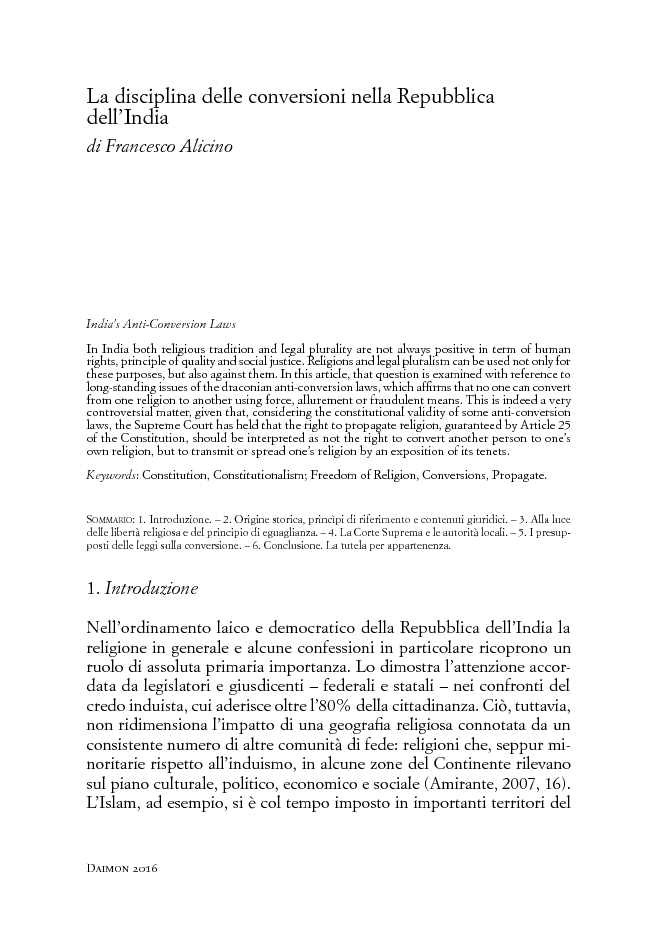