October 2010 prohibiting the concealment of the face in public spaces. This legislative achievement cannot obscure the deep political dimension of the debate on full veil and generally on laïcité, which characterises the French context. On the other hand, this paper traces the origins of this legislation in order to see how we have moved from the full veil to covering the face in public. Indeed, the difficulty to literally translate the bill on prohibiting the full veil into legal rules linked to the principle of laïcité marked all the legislative process. The implicit reference to the full veil has, however, permeated the whole process and remains perceptible after the act was passed. On the other hand it is necessary to focus on the administrative regulations enacted after the Act in that it allows to find out the real purpose of the 2010 Act and, to a larger extent, to better understand the reference, in this Act, to new substantial legal concepts, such as "public space" and the "requirements of living together". 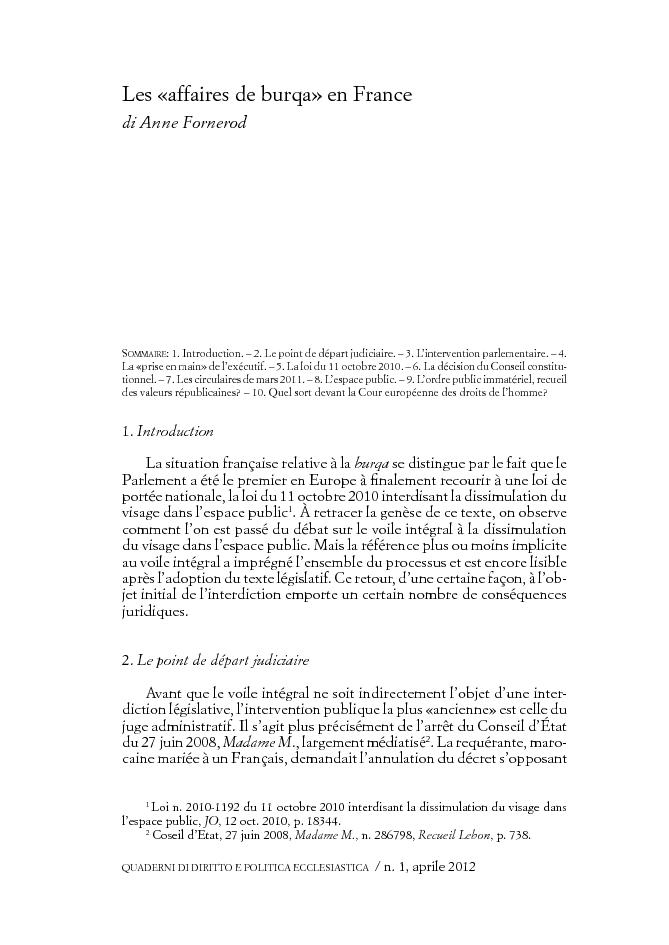