The article argues, on one hand, that a general ban of the burqa in pub places is against the principles of a liberal democratic society, on the oth that the proposals for a complete ban presented to the Italian Parliame represent a regression from the ordinary standard of the right to religio freedom in Italy. It would be different to prohibit the wearing of bur in specific situations where appearing with this garment could create re problems. A deconstruction of the notion of public space, identifyi its different dimensions (common, political, institutional), it is useful identify these situations and encourage a pragmatic and not ideologic debate about the burqa. 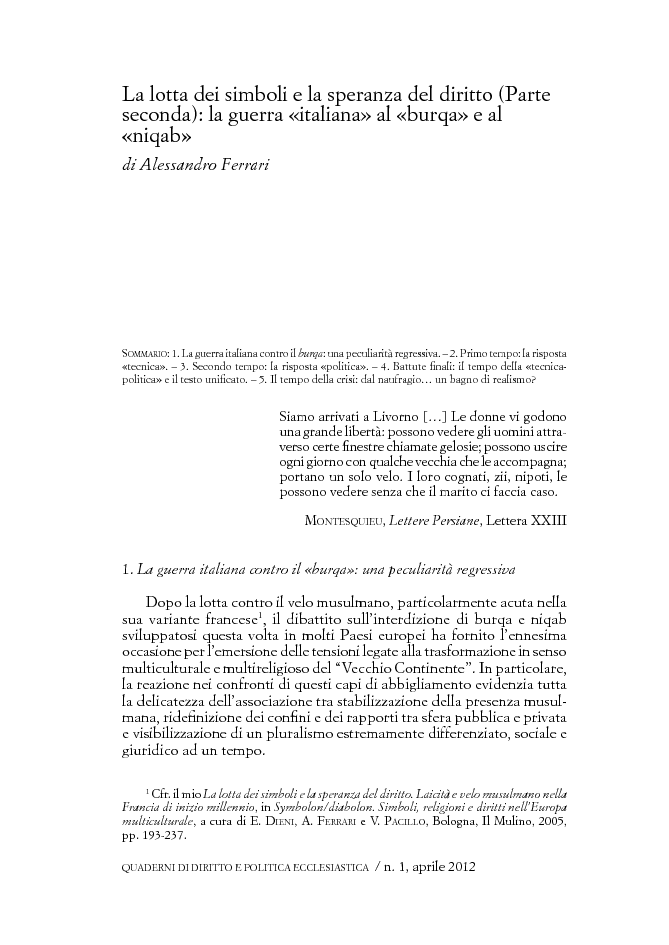