The Italian Constitutional Court has recently held that the legitimate aim of protecting the weak and vulnerable justifies the prohibition of assisted suicide, and the offences of aiding or abetting and inciting prostitution. This essay shows that such a doctrine is an example of a strong paternalistic policy. Second, the Author argues that although sound, the legal reasoning of the Court is nevertheless questionable due to the incompatibility between one of its premises and article 3 of the Constitution (principle of equality). Specifically, the principle of equality should preclude the State from treating adults who are in a condition to take informed decisions as if they were not. Following this argument, the Author concludes that the incrimination of assisted suicide still lacks a constitutional justification as regards the cases where one has made an informed decision to commit suicide, albeit not severely ill, suffering, and on life support. 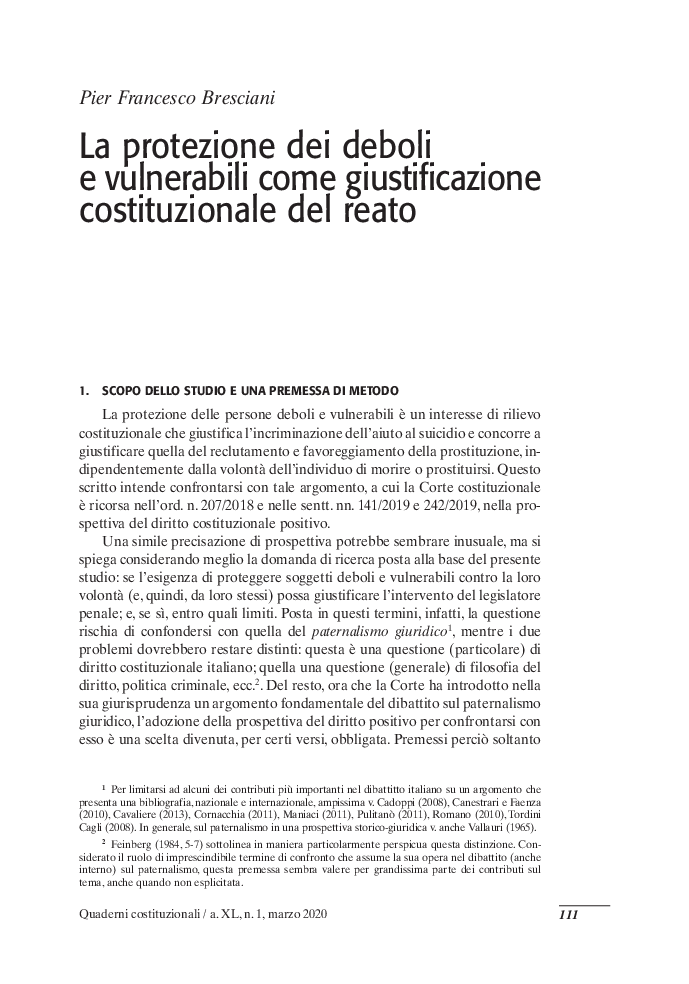